What our trip to Cuba taught me

Home > Blog > What our trip to Cuba taught me

Jorge and I traveled to Cuba for three weeks in December and January. It was a long-delayed homecoming for him and a first for me. During that trip, I kept a diary on Facebook. Below are some selected excerpts. 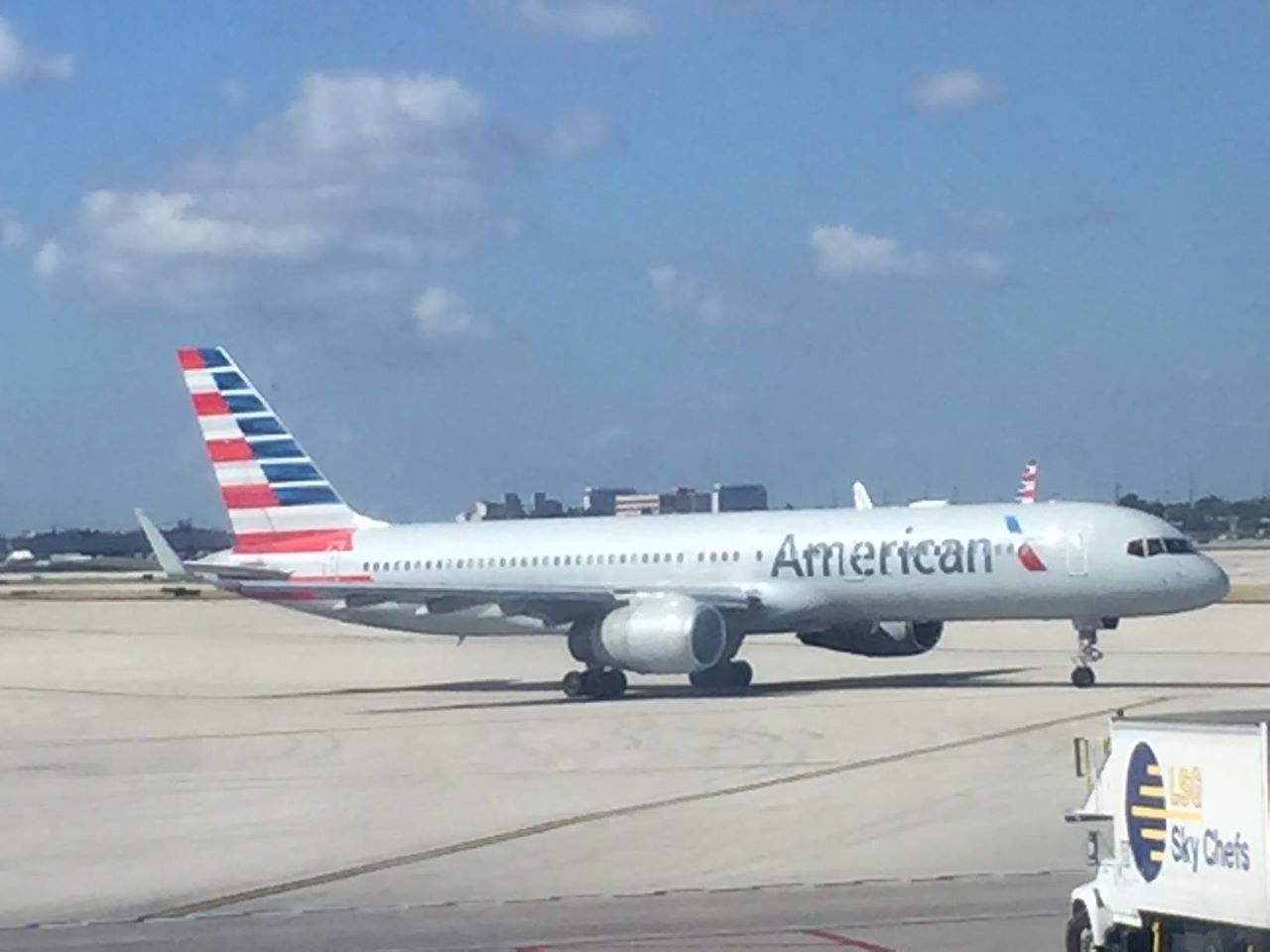 In October 1960, at the age of 11, my husband departed Habana on an Eastern Airlines flight bound for the United States. Along with his parents, Jesus and Annie, and his four-year-old brother, Carlos, he left with the clothes on his back, a favorite toy in hand, and precious family jewelry stitched safely into the hems of his trousers by his mother’s trembling, yet confident, hands.

To heighten the nauseating tension of this life-changing trip, my dear father-in-law was detained at the gate for “questioning.” Annie, shepherding their two young sons, boarded the plane anyway, not knowing when she would next see her husband. With unwavering conviction, she knew that she had to make that flight—one of the last to leave Cuba freely amidst the political upheaval of late 1960.

After everyone was seated and the plane was ready to depart, the Eastern Airlines pilot radioed the control tower that he would not leave the runway until his manifest was complete. He refused to budge until Jesus Brunet was on board. And so, Papi was delivered from an increasingly repressive regime by one very brave and stubborn Eastern Airlines pilot. From that day forward, until Eastern Airlines eventually folded, Papi never flew any other carrier.

Today, Jorge freely returns to Habana, on this American Airlines jet—a 230-mile journey that has taken him 56 years to make. Godspeed, Jorge Brunet-García. We’re excited to come along.

Broken down pickups and sugar cane for days. 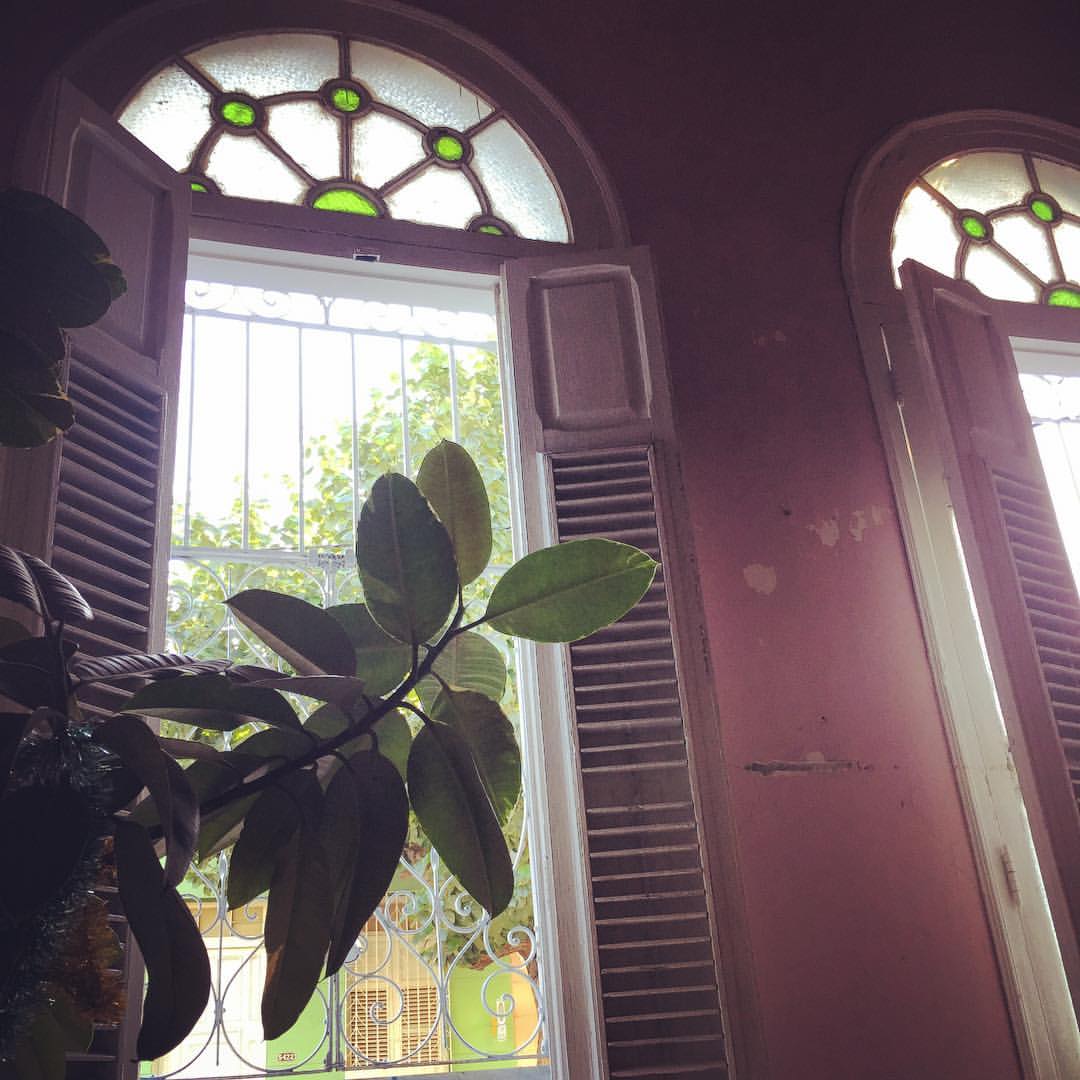 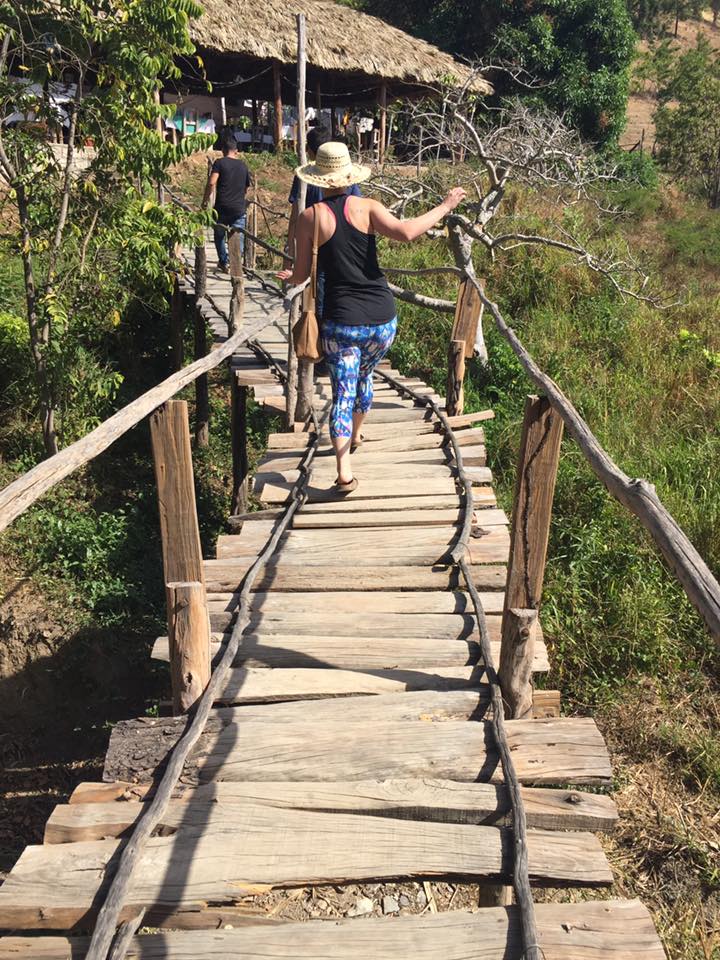 We had to work to get there, but just before 1 p.m., our driver delivered us to this charming outpost, along Cuba’s southern coast, not far from Trinidad. Until today, not a single restaurant meal has seemed worth the effort. I’m discovering that some of the best Cuban cooking is prepared at the hands of @cubanpedro in my very own kitchen. 🙂

After all, we don’t have to skimp on the necessary ingredients or a variety of spices. Nor would we ever add 50 percent crushed peas just to fill out the coffee grind before leveling it into the espresso filter. Our electricity is plentiful and consistent. Our appliances, cutlery, cookware, and dishes are top-shelf. Clearly, we have the advantage.

And though several menu items had been scratched through due to ever-present “shortages,” this rugged place delivered our pork, chicken, and fish seasoned just right (finally!) and grilled to order, then served with heaping sides of Moros and mashed plantains, topped with bits of crushed chicharrón. Plus, we had fresh plantain chips while we waited, and I enjoyed my first ice-cold Cristal.

Jorge tested the flan for dessert, which was not even in the same league as what we’re used to from the kitchen of our non-Cuban daughter-in-law, Bronie. But as we recrossed the swinging plank bridge and started to pile back into the taxi, I spotted this deep blue cream puff, far sweeter than the postre served up under our thatched-hut hillside restaurant.

Close your eyes. And pretend that Habana is not crumbling. Pretend it’s still the graceful, vibrant “pearl of the Caribbean” as you are chauffeured down la Malecón in a brightly-colored vintage Chevy, snapping photos along the way.

Close your eyes, but shed not a tear. La Habana fell to ruins much too long ago to remember, or for us to mourn her passing. Perhaps I’ve been married to @cubanpedro for too many years to see this place clearly, even with my eyes wide shut. 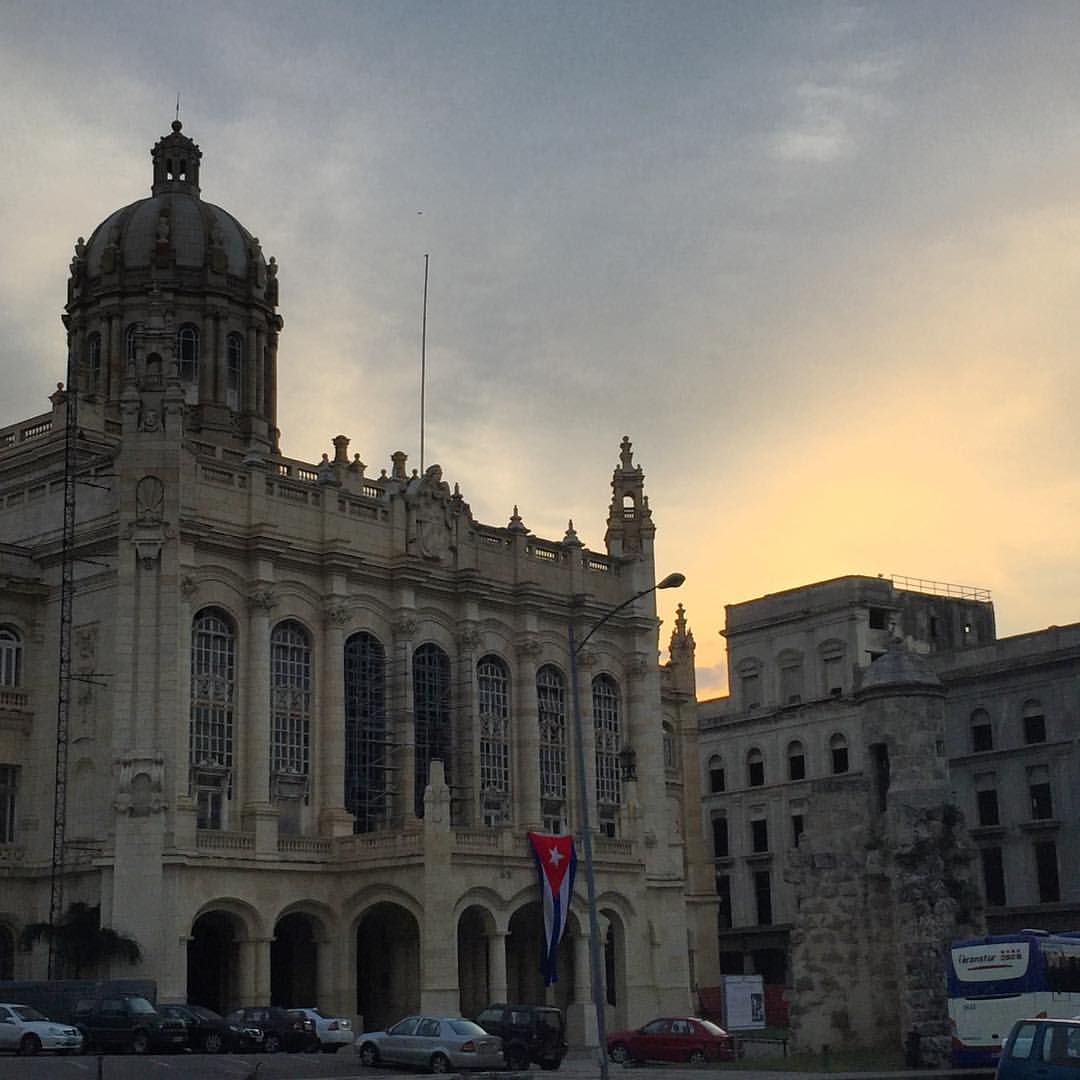 The sun sets for the very last time in 2016 over the presidential palace that Fugencio Batista fled on December 31, 1958. We soak it all in from our perch at La Machina, a “gastro bar” established earlier this year on the principle of change. 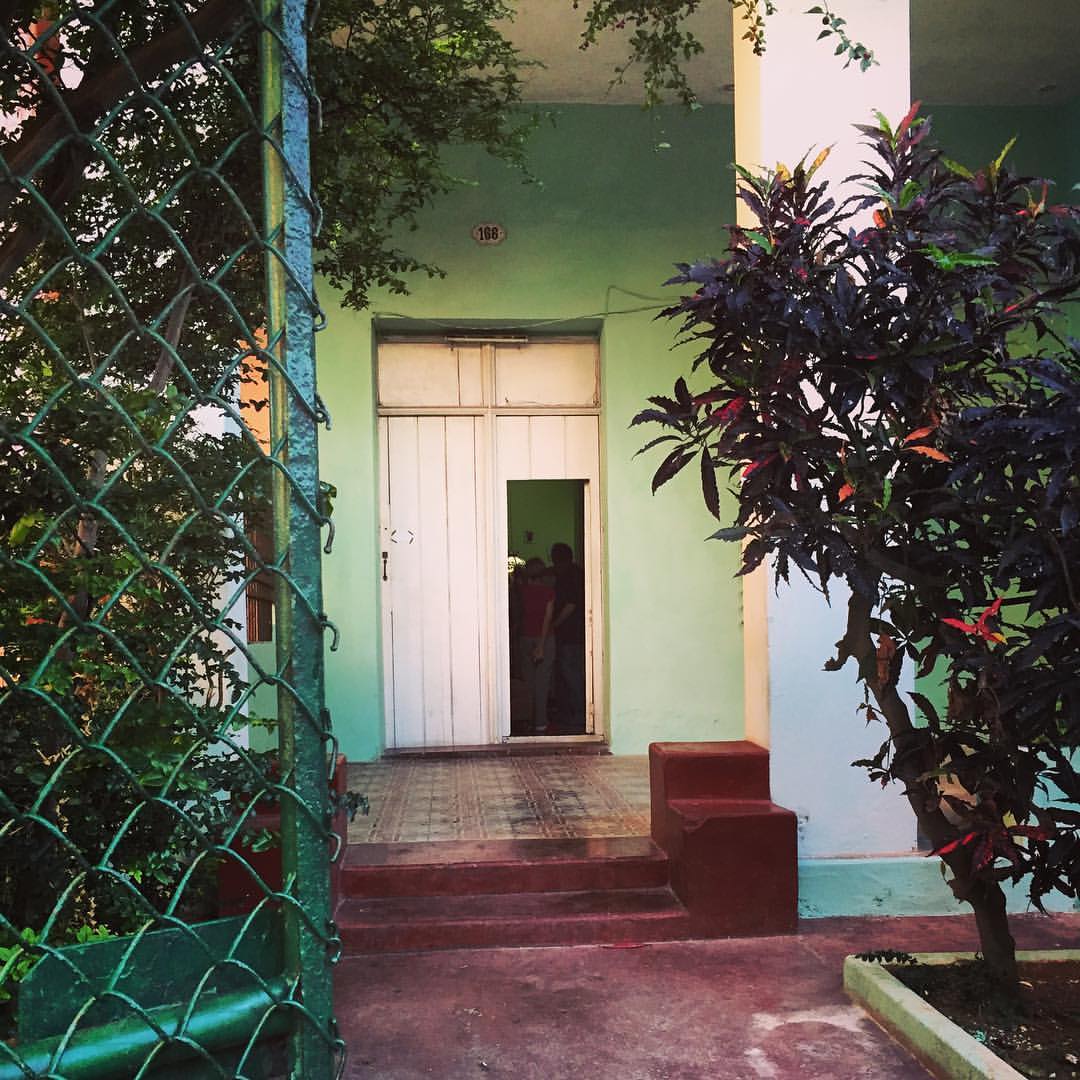 With your cloudless cloudy skies,

Tell me who listens.

Friends, please don’t ever tell me that you’d like to visit Cuba before “it changes,” as if change is a bad thing. Cuba has been seized, locked, and repressed by a brutal, egomaniacal regime for nearly 60 years. It’s high time Cuba changed. Good God, please bring change to Cuba. Meaningful, lasting change.

I’m no historian or foreign affairs policy expert, but my impression is that the very people La Revolución professed to liberate are the very people now most repressed. Racism is rampant here. Access to equitable health care for all is a feeble joke. The freedom to frolic in the azul waters along the sugar-fine sands of Varadero—one of the world’s most beautiful beaches—is out of reach for almost all Cubans. Among the guests in our tired, but friendly, second-class resort are Germans, Russians, Brits, and increasingly Americans. But not a single Cuban. (Unless you count those ensconced at the top-security compound less than a quarter mile down the beach—Cuba’s ruling class.) 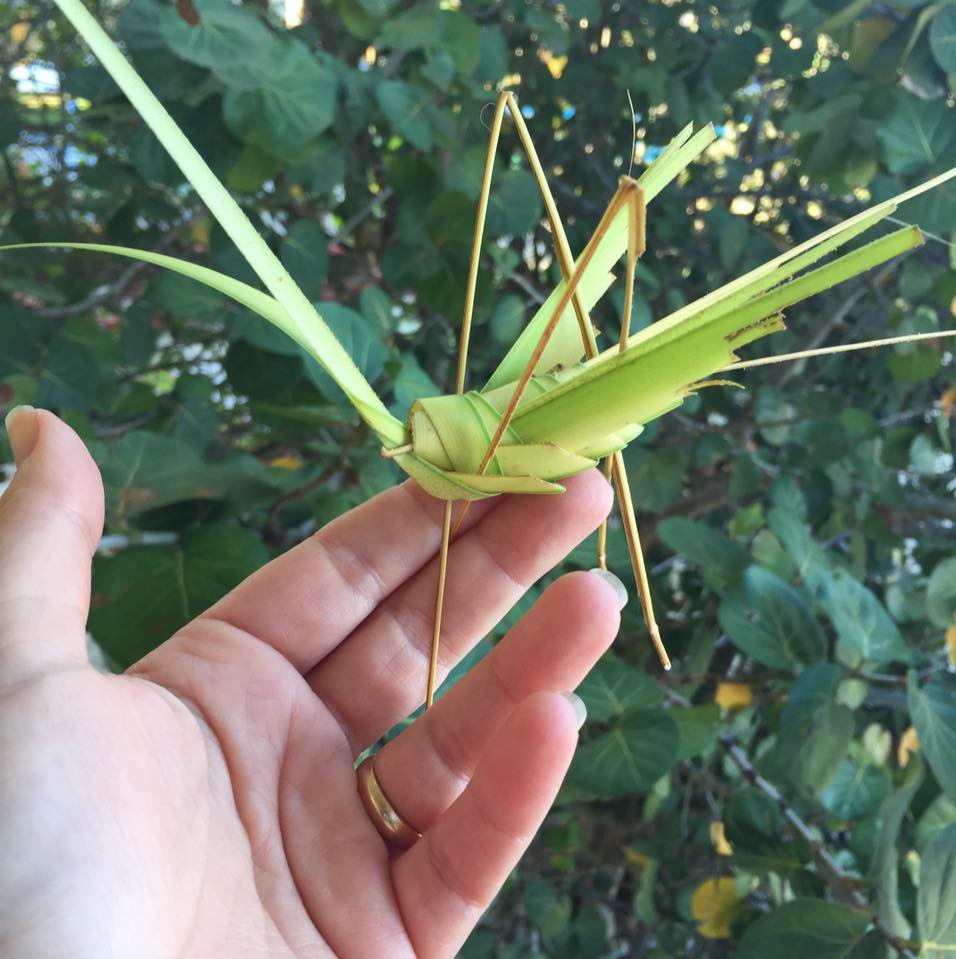 Raúl, the night watchman posted at the lightly traveled back gate of the Club Kawama resort, is from Cárdenas. That’s where he learned to weave palm fronds into sombreros and other, more fanciful creations. Last night, as we passed his station and wished him buenas noches, I glimpsed his quick hand movements and admired the sun hat he was finishing. With fresh fronds layered beside his rusty, straight-back metal chair, he said, “Un momento, lady; I’ll make you a cricket.”

And so he did. With deft fingers, he rapidly molded an insect’s body from the frond, then added antennae with shortcuts and shreds, precisely leveled by his well-worn pocket knife.

Meet Cárdenas, my personally woven cricket of good fortune. May he sing sweet fortune’s song for me, for our family, for Cuba, and most of all, for smart, kind, handsome, hardworking Raúl, holding down three jobs and weaving sombreros for tourists just to make ends meet. 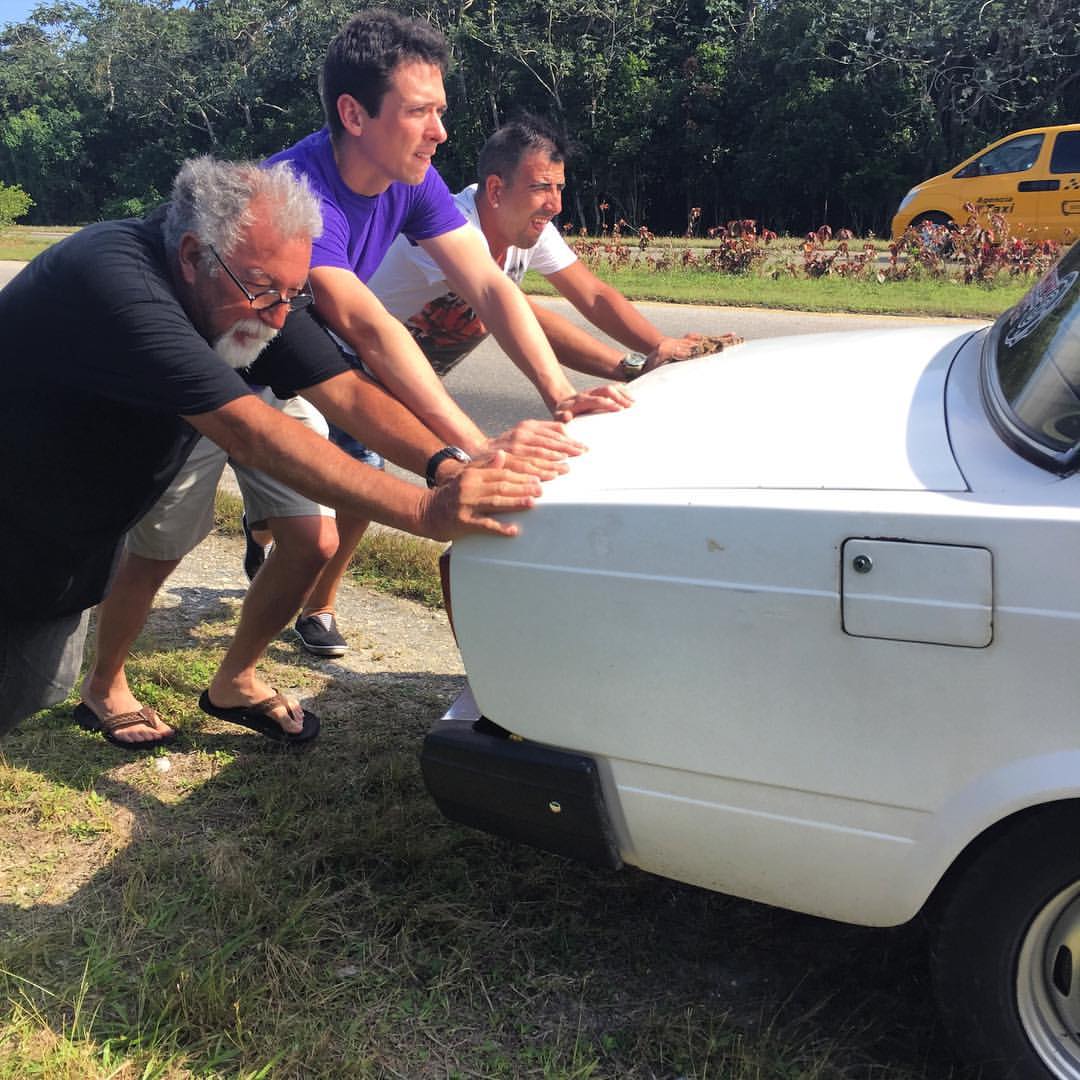 After stopping to assist an amigo with a speedy tire change worthy of the pits at #Daytona, our driver’s 2005 Lada won’t re-start. @cubanpedro and @justinbrunet spring into action, but the jumpstart fails. Toolbox out, battery connections replaced, and we’re back on the #roadtohabana! #teamwork #cubaningenuity #cubantaxistories #cubanroadrally. For real. 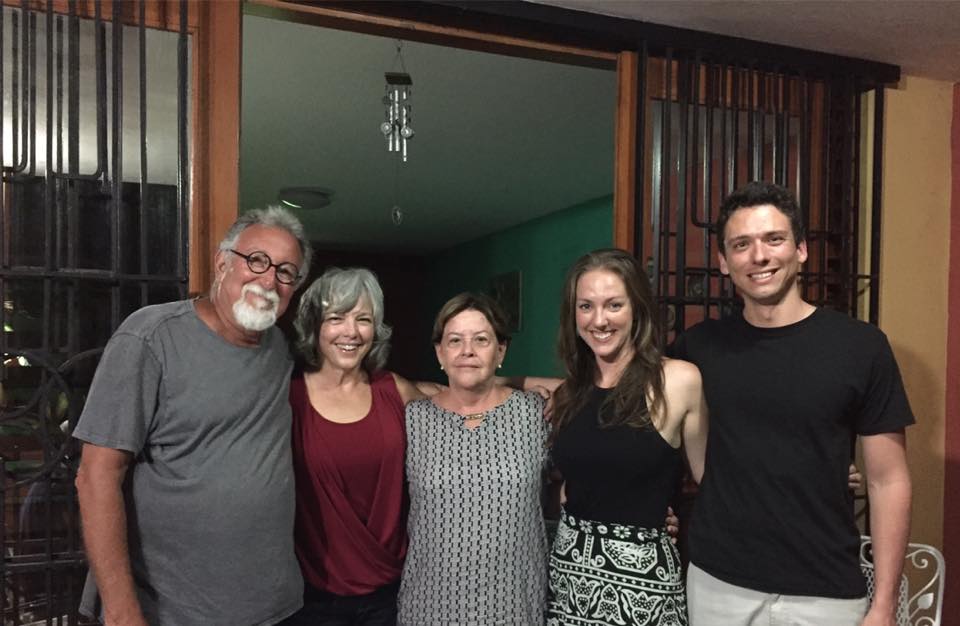 The number-one reason we came to Cuba: Beautiful prima, Dania, and her beautiful daughters. Our hearts are full. 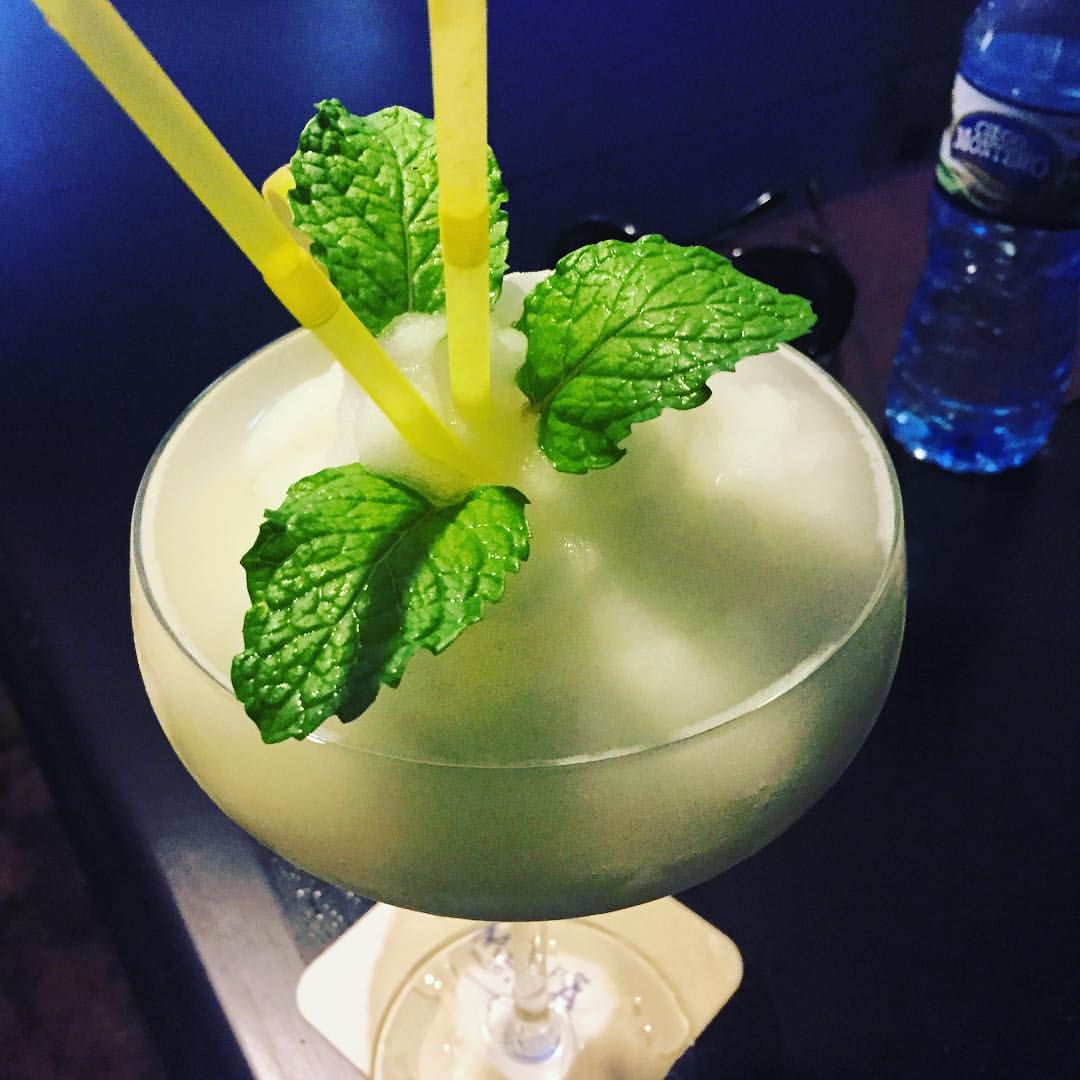 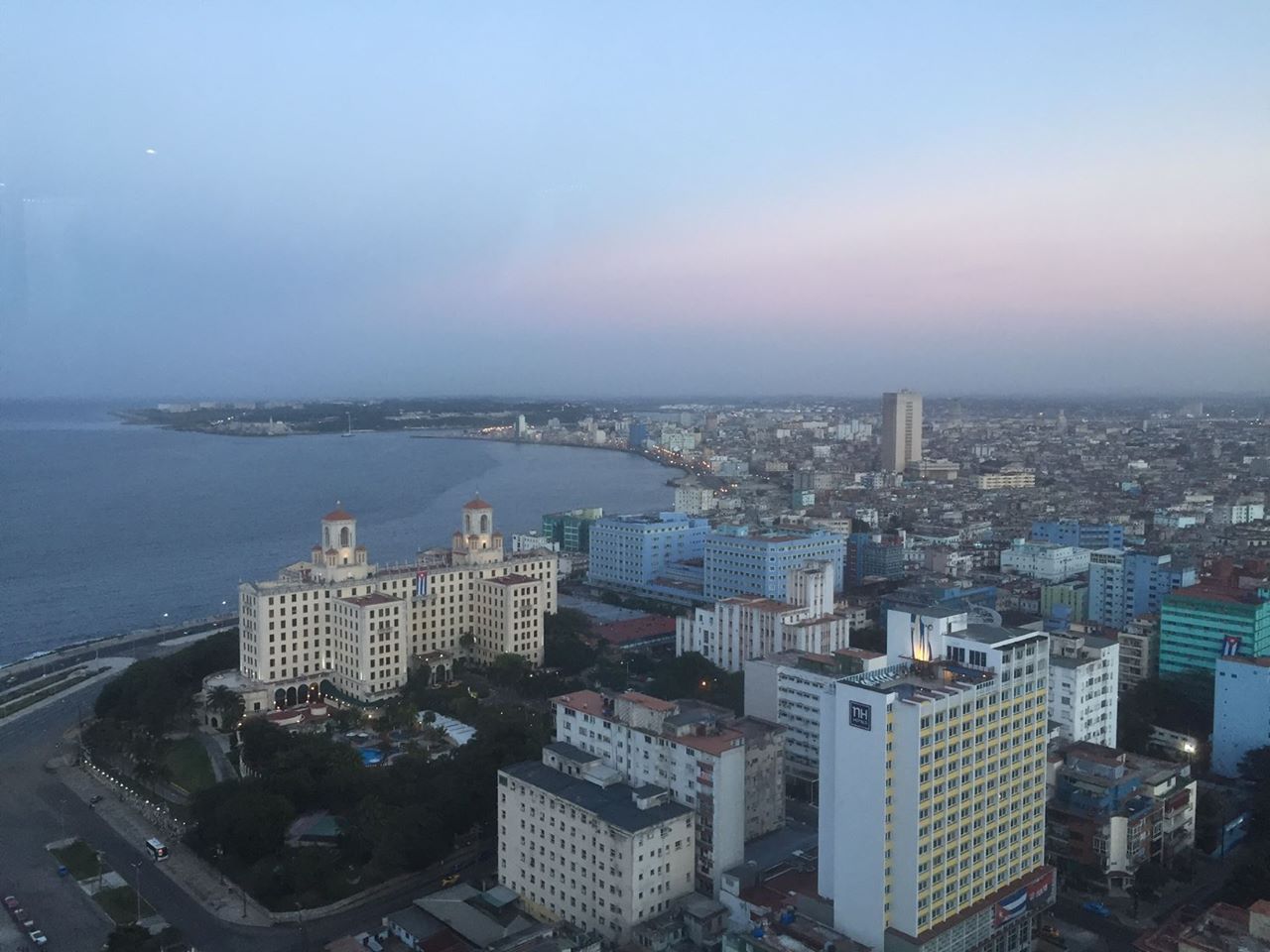 Fly away. Leave this place they say was never yours.

Fly away, child. Leave this place; pretend it never was.

It’s but a figment … a phantom.

Let go now, and release this place they say was never yours.

Fly away, forever. Leave this place. A place that never was. 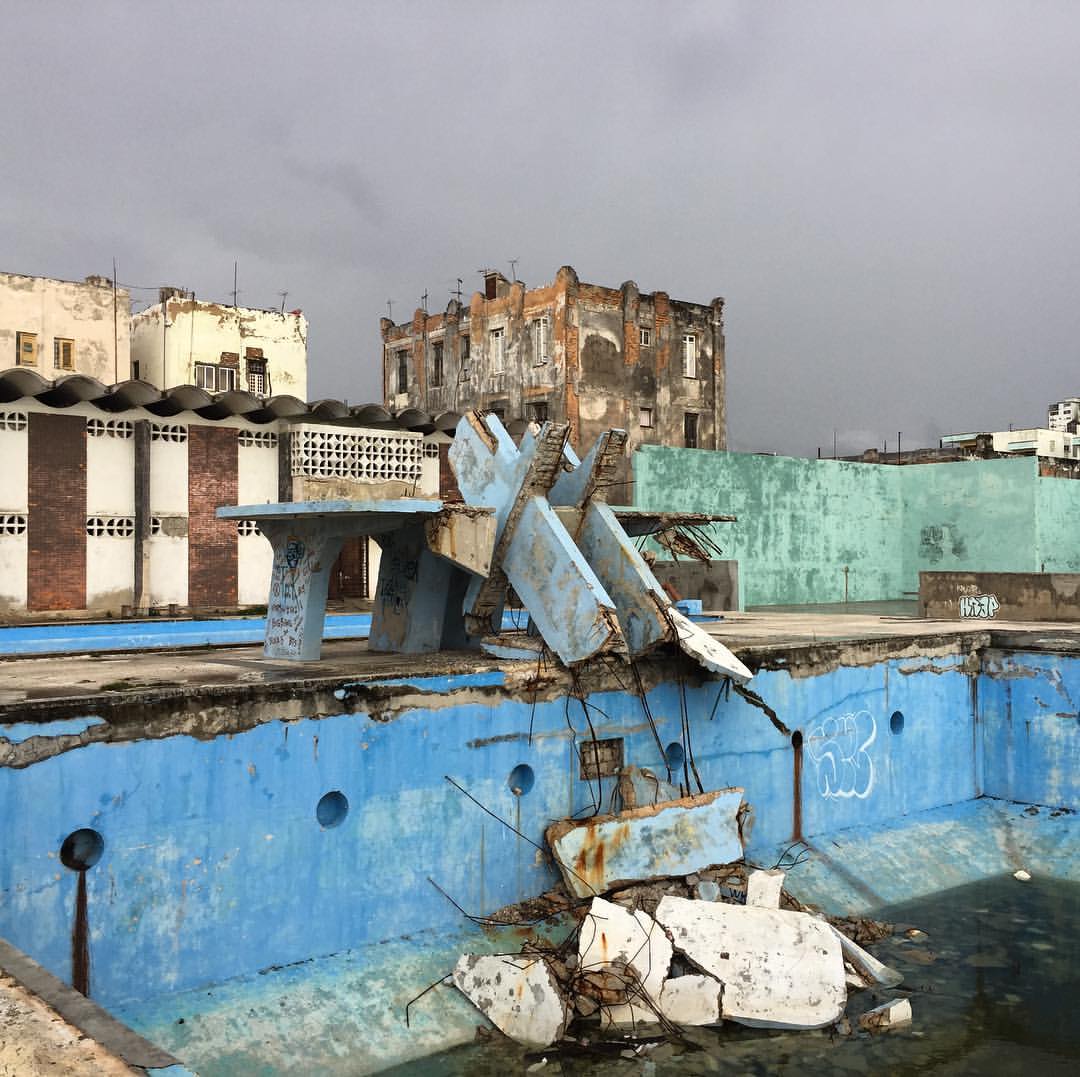 full of frenzy and

from a bitter broken heart. 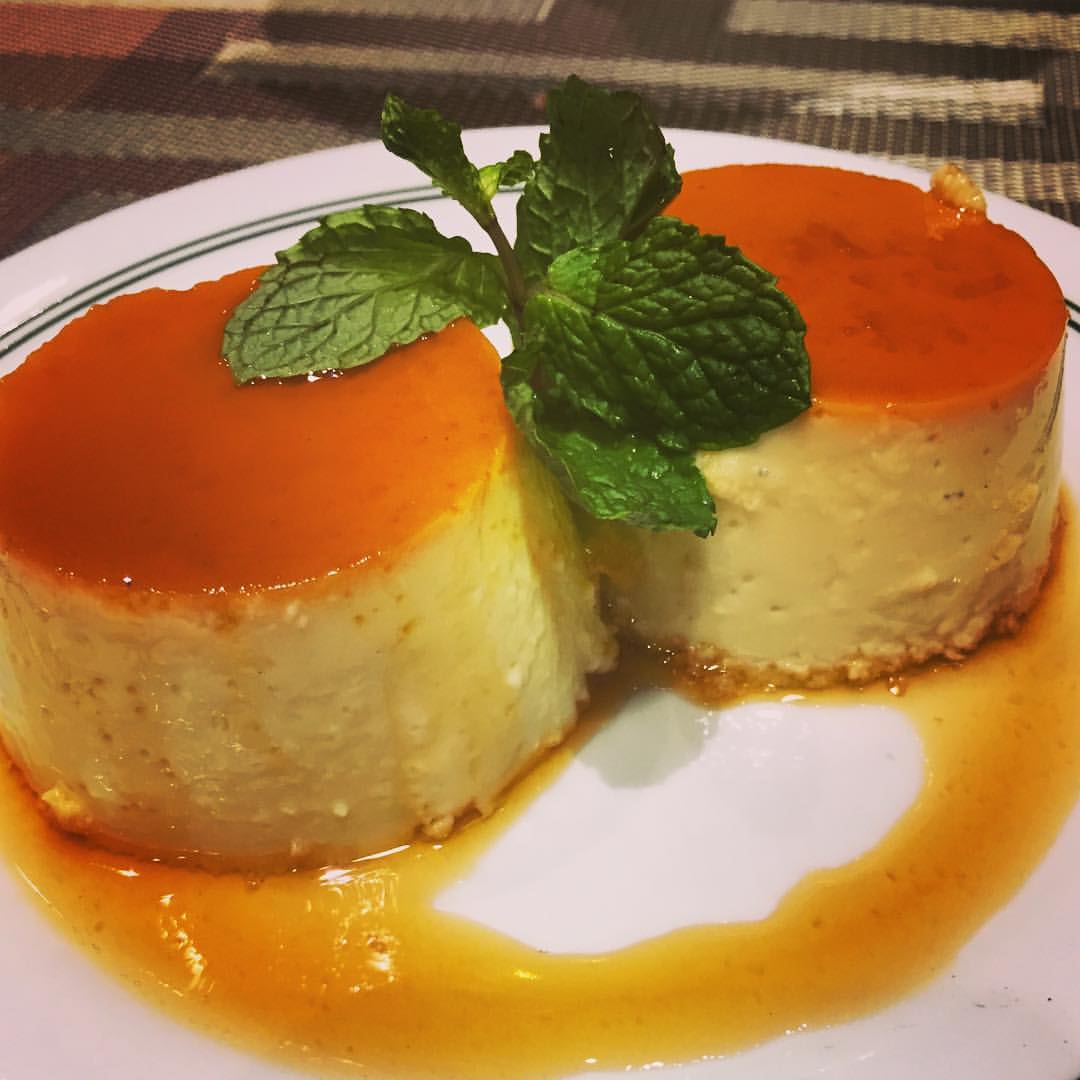 Best thing that happened to me in Cuba today. Thanks, @vkharper, and @kedgarvolta for the recommendation. Spot on!! #elbiky

I came to Cuba only to find that Cuba is not in Cuba. Cuba is everywhere else. 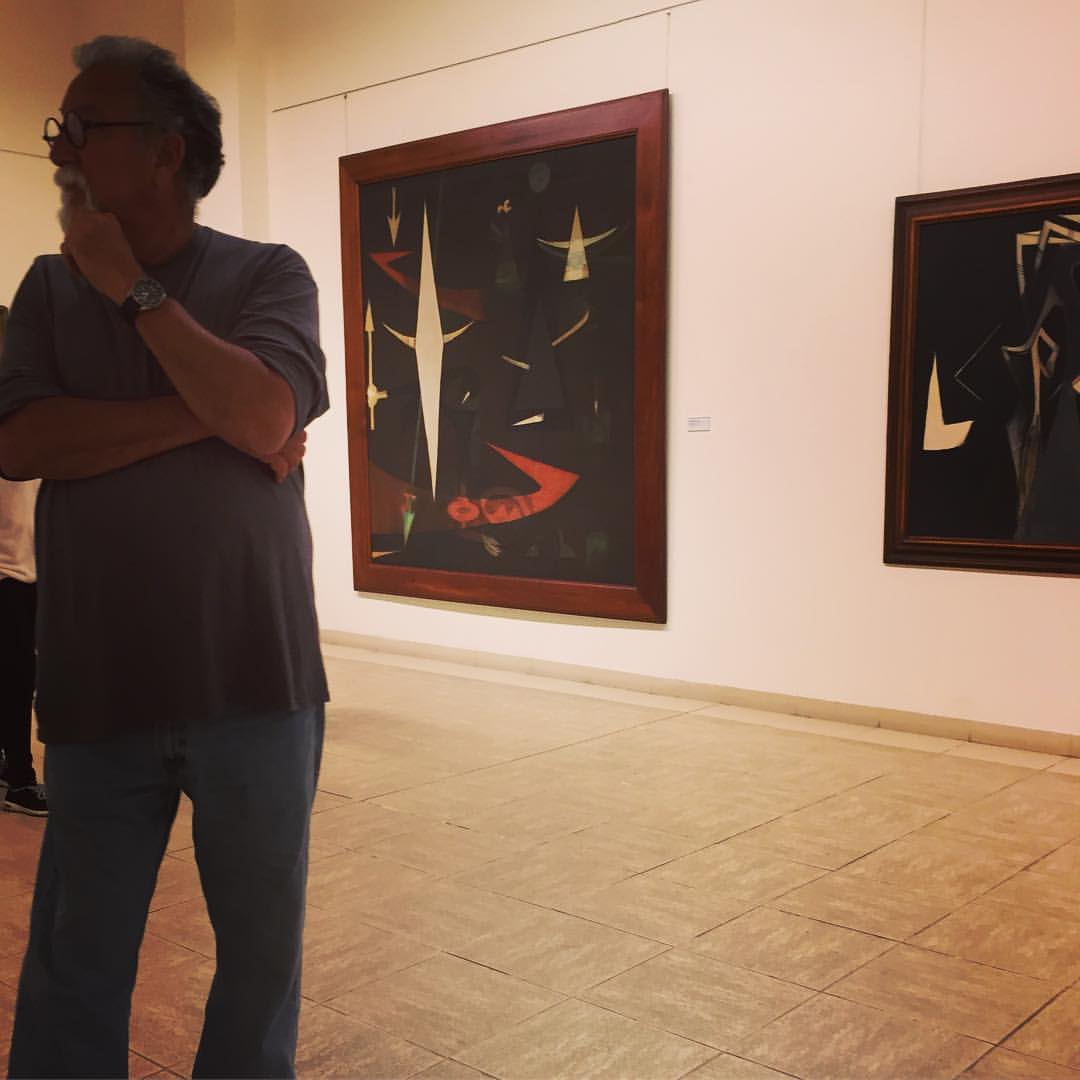 The afternoon finds @cubanpedro in a perfectly captivating place … completely surrounded by #wilfredolam. 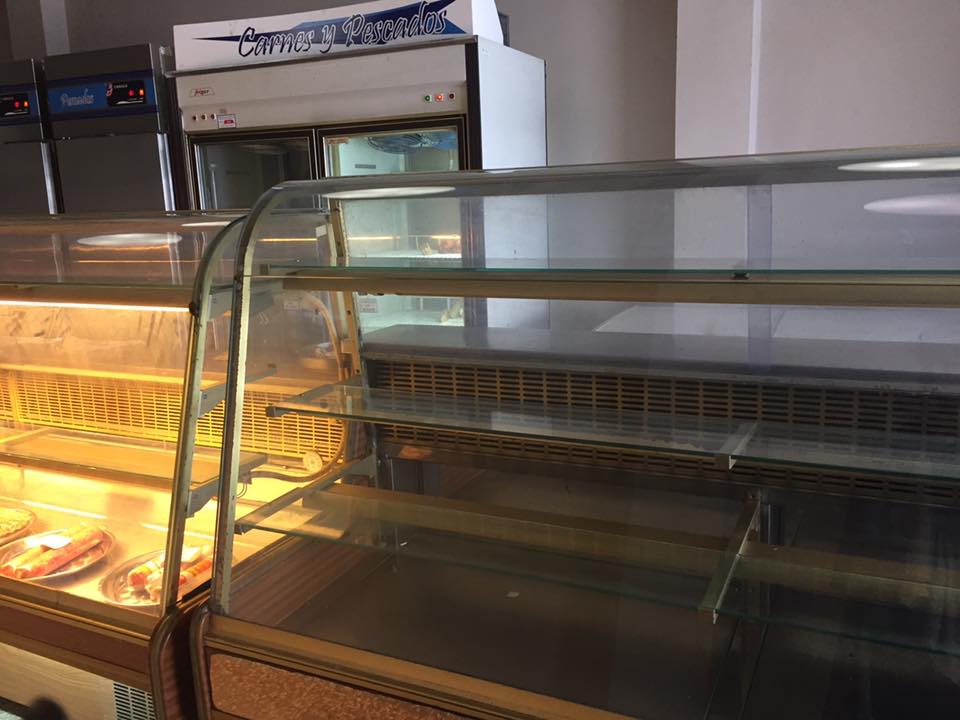 I have a recommendation. Actually, a plea. If you don’t have a really good reason to come to Cuba, please don’t visit right now.

One of many unfortunate (and for me, unexpected) byproducts of the U.S. government’s opening of diplomatic relations with Cuba is that U.S. tourism is increasing exponentially in an island nation totally unprepared to support it. It’s been difficult for me to enjoy myself here for many reasons, but perhaps top of the list is that we are quite literally taking food off the tables of the citizens of this country. It breaks my heart.

The many tourists crowding Cuba are also robbing those who live here of other precious resources including water and electricity, as evidenced by the common power outages, and the residents of our apartment building leaving the faucet running just so they know when the water trickles back on. Most of you know where I stand politically, but there are always unforeseen ramifications of foreign policy decisions. So, please, think it through very carefully before you decide to come here.

And one last bit for today’s rant: please, be better students of history. If I see one more American sporting a Che T-shirt as if he’s some sort of hero, in the spirit of Che, I may just rip it apart. But then again, I guess it’s hard to get your history right in a country built on revisionism.

After hearing an operative refer to the CDR (Committee for the Defense of the Revolution) as “community organizers” today to a group of U.S. grad students, I decided to wash it down with a good strong shot of rum … in the shadow of our “see no evil, speak no evil” icons. It ain’t Bacardi, but it’ll do. 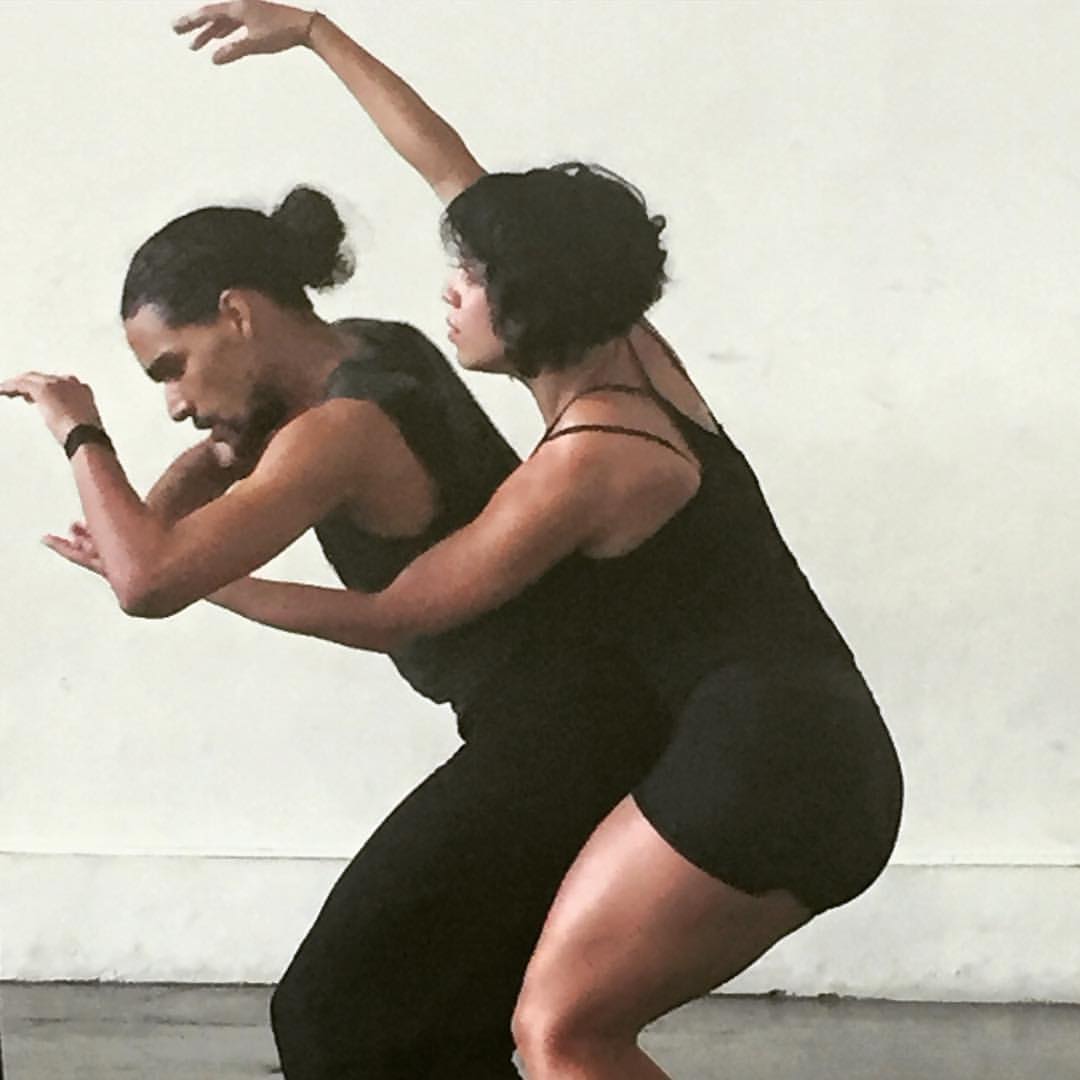 Finally found my jam on my final day in #habana. José got us into a rehearsal for Mal Paso, the island’s only private, not-for-profit dance repertory company. 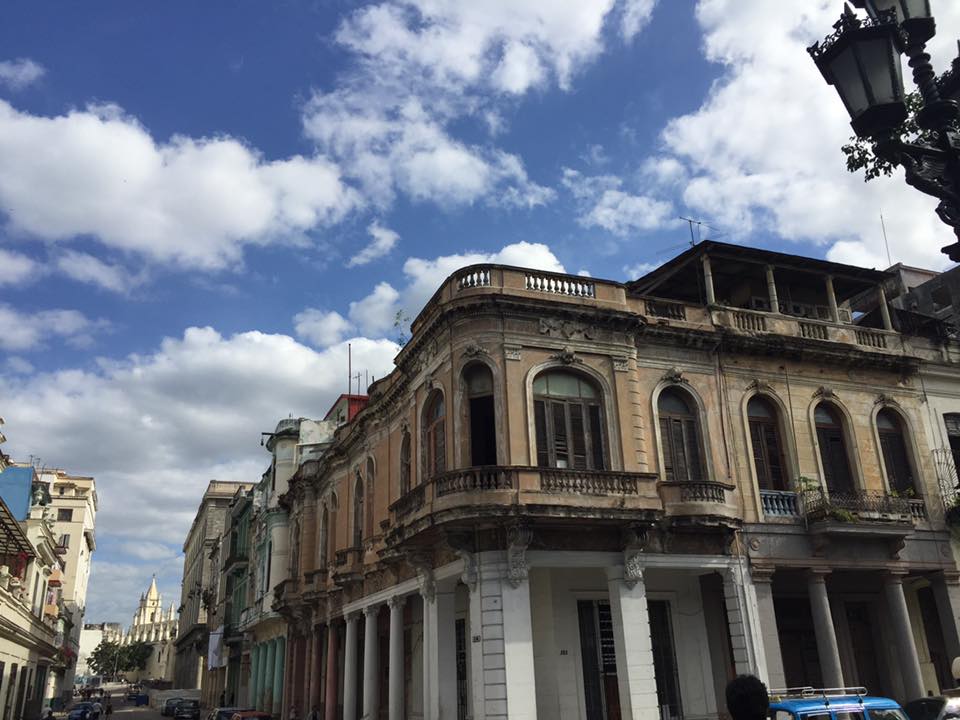 As we sit in José Martí airport awaiting a flight back to our perfectly imperfect USA, there are so many complexities, contradictions and emotions to process from our trip to Cuba. Hopefully, in the coming days I can post some reflections, but for now, just a couple of images from yesterday, perhaps my favorite day of our sojourn. Besos to long-estranged family, now reunited, and new found friends who have made a lasting impact. Adiós, Cuba!

CONVERSATIONS THAT MATTER: WHAT IT MEANS TO BE HISPANIC