Home > Blog > What Could Convince Millennials to #BeCyberSmart?

That selfie you posted could cause serious headaches. Your Wi-Fi connection could have wicked consequences. Your password could be pathetic.

But do you care? 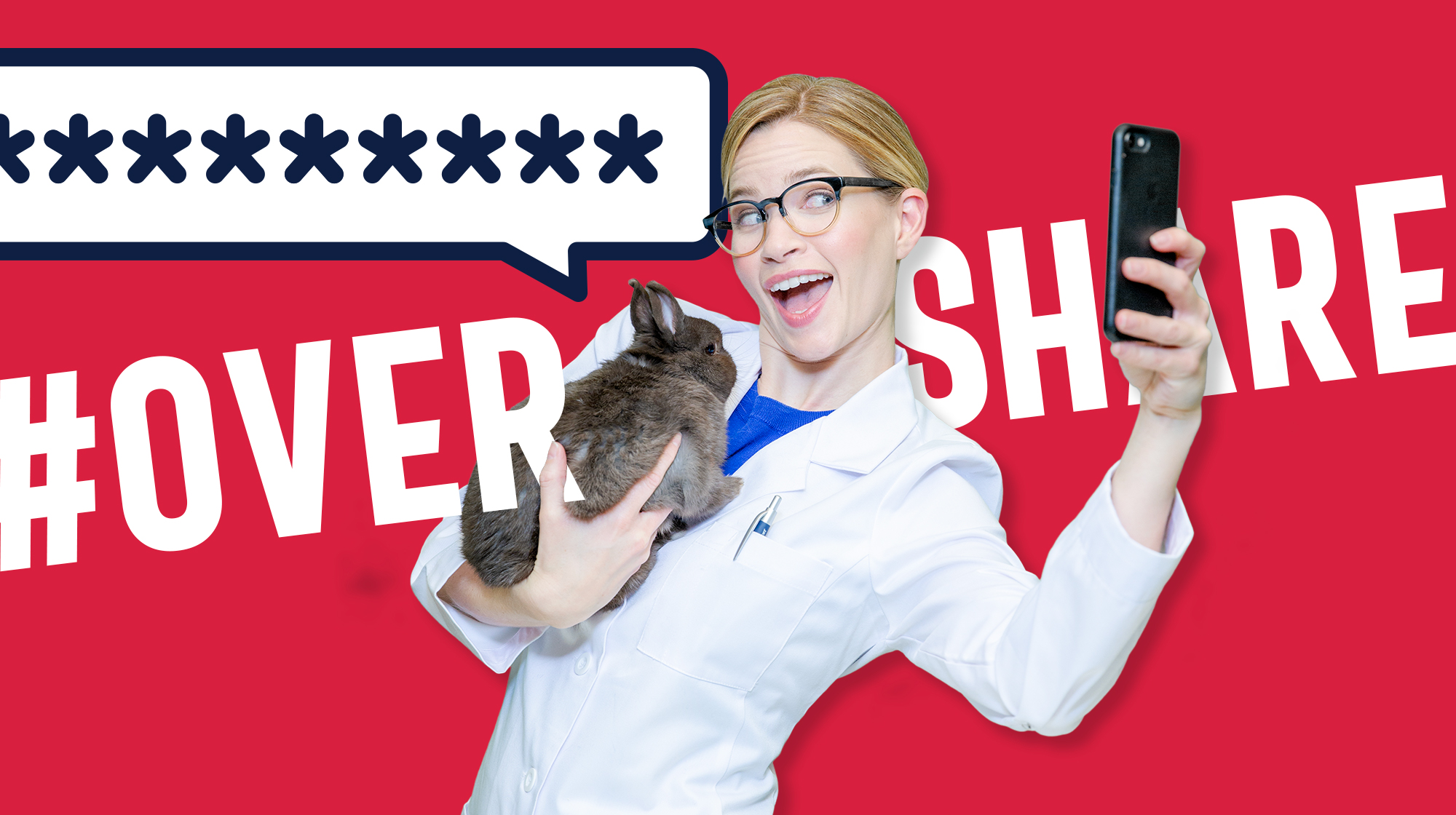 Understanding the consequences of risky online behavior and taking a few precautions when necessary is the goal of Brunet-García’s new #BeCyberSmart campaign for the Department of Homeland Security (DHS).

Each year, cyber attacks steal millions of Americans’ personally identifiable information, pilfer intellectual property, and create vulnerability in critical infrastructures. Many Americans have little understanding of the cyber threats they face, but education can create public awareness and protect people and businesses.

DHS not only wanted to foster a better understanding of cyber threats and their serious impact, but it also needed to actively engage the public in taking personal responsibility for online security.

The government agency sought a highly targeted campaign to increase awareness of cyber vulnerabilities and drive people to take action. DHS decided to target millennials because their online behavior puts them at a high risk, they tend to take responsibility for their digital safety, and they often act as gatekeepers of cybersecurity knowledge for older family members or in their workplaces.

“Our mindset was aligned with the client: We wanted to create a positive campaign that would add value to our target’s life using humor and education,” said Eduardo Sarmiento, creative director and vice president. “Because these are serious issues that are easy to ignore, the content is presented in a fresh and attractive way. People are engaged and motivated to discover more.”

Brunet-García knew it had to overcome these obstacles:

To appeal to millennials, Brunet-García built a campaign around engagement, authenticity, and purpose. Millennials are drawn to stories that matter and disruptive ideas. They are more likely to pay attention to messages that teach them something or make them laugh.

Millennials often have short attention spans and can be resistant to behavior messaging from official sources. Also, what constitutes best practices online can be confusing. There is a disconnect between what people should do to protect themselves from cyber attacks and what we can reasonably expect the general public to adapt. 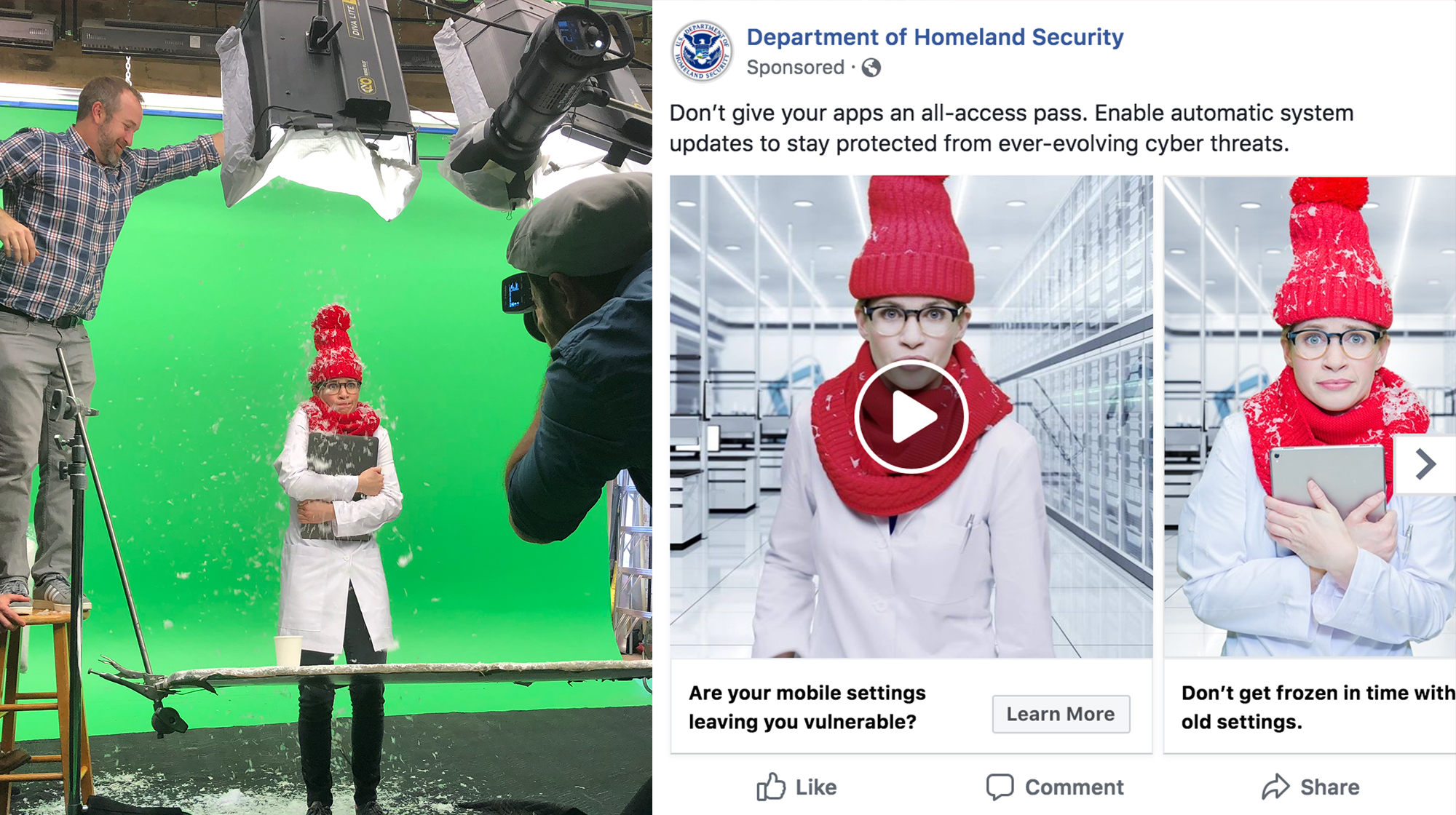 “Millennials are shrewd digital consumers and champion exceptional content, so our strategic approach was to create entertaining, fast-paced narratives and digital ads, then refresh the stories to keep the #BeCyberSmart conversation alive,” Sarmiento said.

To address these issues, Brunet-García cast a young woman as an enigmatic but credible science professor who conducts “experiments” that emphasize password safety, Wi-Fi security, social media best practices, and the importance of app and software updates.

The videos are set in a hyperreal environment, a cross between a computer server room and a lab where this “scientist” might run cyber experiments. Brunet-García tapped Castaño Group to help bring the idea to life; the agency worked with the 3D rendering team at FUGO Studios to render the space.

“We were inspired by retro spaceship labs from pop culture and added a few touches like tubular lighting and glass flasks to bring the clean, white room to life,” said Aerien Mull, associate creative director.

The storyline for each PSA includes a snippet from a viral YouTube video. Scenes of a couple taking a selfie as an ocean wave rises to splash them, a man drowning in a barrage of bunnies, or a dancing woman being surprised by a friend popping out of a suitcase capture a sense of playfulness and edginess not usually found in government messages. The “scientist” teaches a relevant lesson for each situation, interacting with the action from the videos.

“We wanted to champion a disruptive, creative idea,” Mull said. “We knew we needed to stand out from the crowd with an inventive approach. We were lucky to have a client that also wanted to ‘make a splash’ and was on board with the approach and pushed us every step of the way.”

The humorous, easily digestible videos pack rich storytelling into 15-second bites that can be viewed on any platform and encourage sharing. 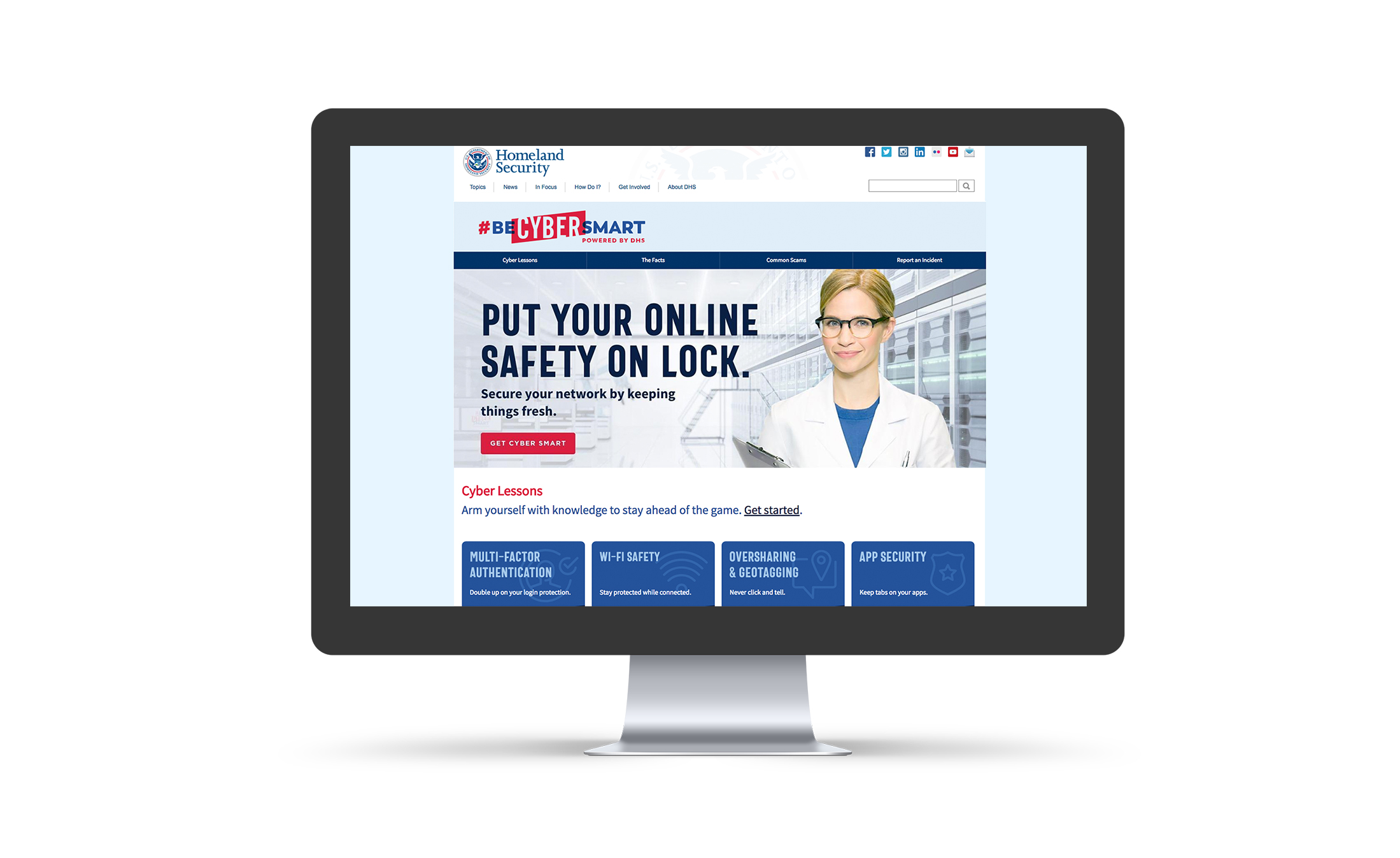 Each PSA teases to a microsite, developed and designed by Brunet-García, with more detailed information. Brunet-García worked with DHS to bring the website to life within the DHS framework. The site features information about common scams, statistics, cyber lessons, and the full set of campaign videos.

Brunet-García targeted millennials by going where they spend the most time: smartphones. The campaign uses vertical video for mobile delivery to take advantage of the smartphone’s native format. 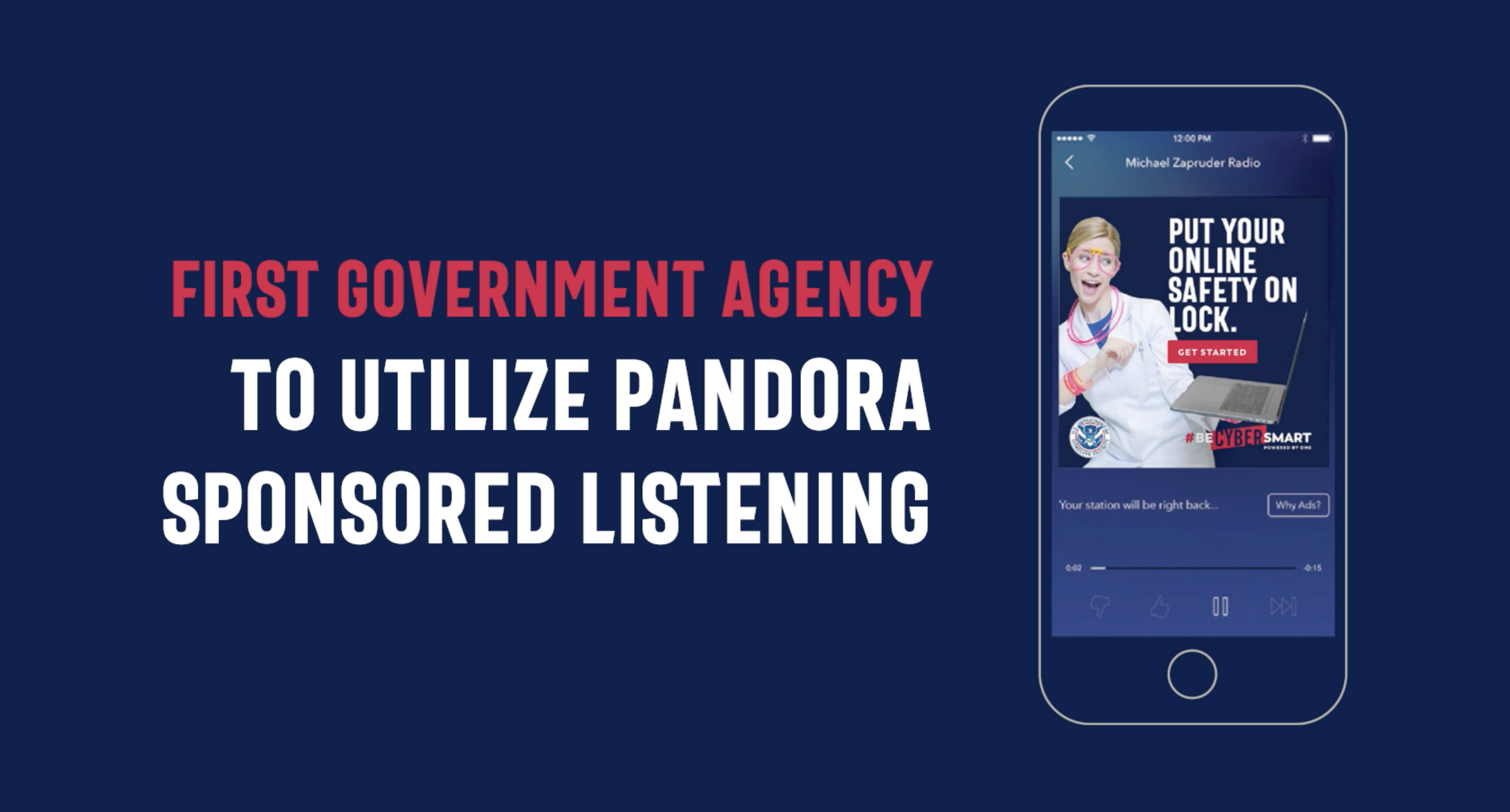 This campaign also marks the first time a government agency has used Pandora’s sponsored listening program. The sponsored hour, which ran in for one month kicking off Memorial Weekend, garnered over 2.7 million impressions, 85,103 video starts, with an engagement rate of 3.29 percent and a click-through rate of 3.61 percent—nine times the average for government campaign display units. Video completion rates were 92.2 percent.

In the first month of the campaign, vertical video click-through rates were 1.19 percent and had a completion rate of 44 percent. Usual benchmarks are 30 to 40 percent with entertainment clients appearing at the high end of that range. 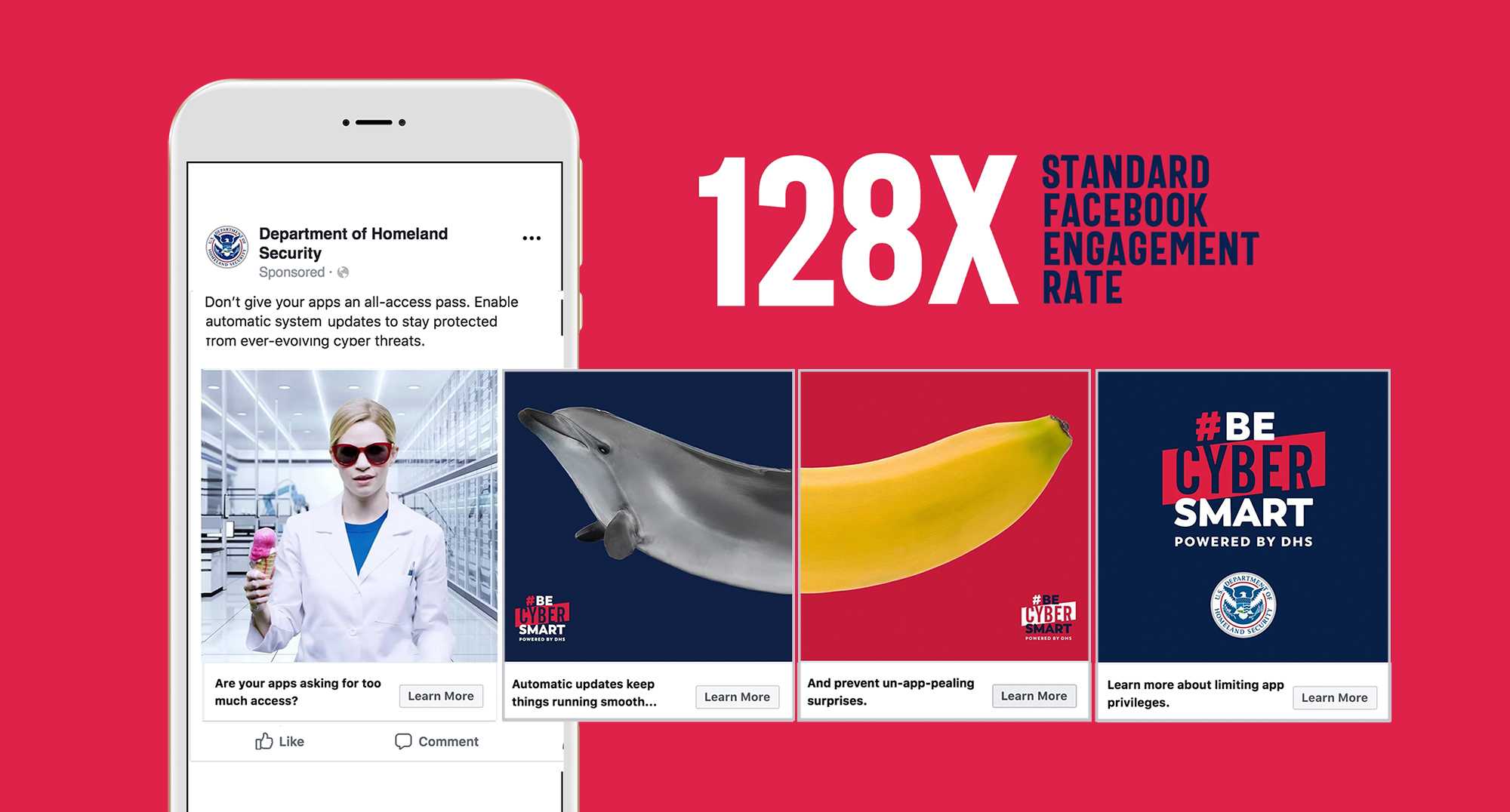 In the first month of the campaign on YouTube, completion rates were 47 percent serving nearly 450,000 impressions.

The campaign launched in May right before Memorial Day weekend and continues with more videos and ads in the fall. The next phase will also include a social media influencer campaign targeted to specific markets across the United States.