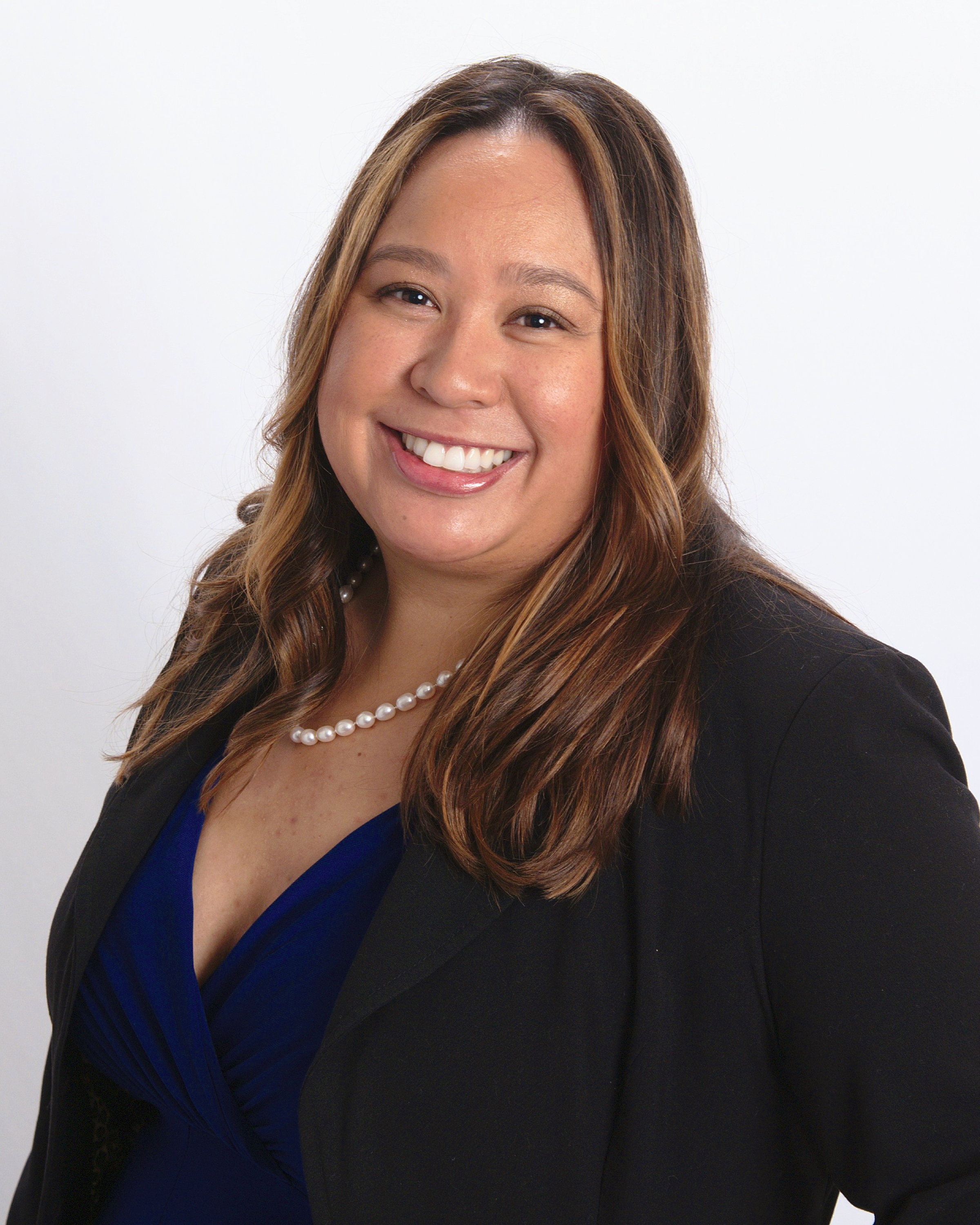 Iwalani Camacho realized early that her academic foundation in advertising and marketing paired with her desire to make deals and lasting business relationships made her a great fit for media buying.

Born in Guam, the U.S. island territory in the Western Pacific, Camacho and her parents moved to Washington state when she was a few months old to live with her paternal grandparents. Her father found a job with Microsoft, and the company sent him to night school at the University of Washington. Camacho often accompanied her father to campus in the evenings. When it came time for her to attend college, her father tried to persuade her to choose the University of Washington, but Camacho wasn’t convinced.

“I spent five years of my childhood there,” Camacho said.

Camacho picked Pepperdine University in Malibu, California, where she received a bachelor’s degree in advertising and marketing and later earned an MBA in marketing and management while going to school at night. She is a guest lecturer at American University and the membership chair of the Washington, D.C., chapter of the American Advertising Federation. She will continue to work from Washington, D.C., while helping all Brunet-García clients with their media buying services.

Camacho, whose first name Iwalani is pronounced Ee-vah-lah-nee, uses the shortened version, Lani, with coworkers and friends. She said she’s excited about working with clients who might be more inclined to take a few risks to break through the clutter in a crowded media market.

We asked Camacho a few questions about her job, her background, media trends, and clients’ age-old question, “How do I know my ads are getting seen?”

Describe where and how you grew up.

I was born on the small island of Guam. My parents were very young: my mom was 17, and my dad was 19. When I was a few months old, I moved to Washington state where my father’s family was. My mom, dad, and I moved into my grandparents’ house which was already packed full of my father’s four siblings. My sister was born a year and a half later. Growing up, everyone had a hand in helping with my sister and me. As the saying goes, it takes a village. My grandparents, aunts, and uncles all had to chip in since my parents were so young. My father got a job at Microsoft, and we moved out of my grandparents’ house when I was around four years old. Being from a small island, this had a huge impact on my upbringing. Small family get-togethers consisted of 50-plus people barbecuing and cooking enough for 200 people; all my extended family lived within a two-mile radius of my grandparents. I grew up knowing that family comes first, and you do anything for your family.

What does a media buyer do?

Media buyers have a very interesting role. It is a position that is more behind the scenes as you are not creating the content of the ads, nor are you running the account like the account services team does. Usually, when a big ad comes out for the Super Bowl, everyone talks about the creative and who worked on it, but no one talks about the team who actually negotiated the purchase of the ad. A media buyer literally purchases the empty space where an advertisement can run. The empty space can be thirty seconds during a TV commercial break, sixty seconds during a break in a syndicated radio program, a full page in The New York Times, or video before your favorite YouTube series. Media buyers negotiate and ensure that advertisements run where and when they are supposed to run for the best price possible.

How has your background prepared you for this field?

When you study advertising, you don’t really hear about the media buying side of things. You hear more about account management and creative. Since I majored in advertising, I had a good foundation on how the field works and the goals of advertising, especially from an academic perspective. I was always interested in negotiation and considered being a lawyer, which oddly has helped me since a big part of my job is negotiating rates and building relationships with my vendors. Knowing the principles of marketing and advertising from an academic perspective helped me understand the why behind some of the decisions that are made.

What is your experience in this field?

My career started out on big accounts such as T-Mobile and Toyota. I worked at a Hispanic agency under the Saatchi & Saatchi umbrella called Conill. I assisted with the planning and buying of Hispanic advertising campaigns for these two brands. I then moved into a career more focused on advertising for the entertainment industry. I worked on Lionsgate movies and DVDs at Initiative, placing ads on television. This is when I fell in love with the TV industry, as I was negotiating multimillion-dollar deals with major networks such as FOX, NBC, MTV, VH1, Bravo, etc. My love for TV inspired me to apply for a job at FOX Broadcasting Company. For five years, I loved working on launching new shows such as “Empire,” “New Girl,” “Brooklyn Nine-Nine,” “Bob’s Burgers,” and “The Following.” I was also excited to work on advertising plans for some of my favorite shows like “Glee,” “The Simpsons,” and “American Idol.”

After completing my MBA, I decided it was time for a change and moved to Washington, D.C., to be closer to my boyfriend. I then got a job at Sensis working on primarily government contracts. Although the clients are not as frenetic as the entertainment world, they do offer a different set of challenges. I love getting to work on campaigns that are impacting social change and potentially saving lives.

What are some of the projects that most excited you?

I loved working on launching fun new shows that pushed the limits of broadcast TV. When I worked at FOX, we launched “Empire.” “Empire” was a different type of TV show as it has musical elements to it, similar to the show “Glee” but with a focus on hip-hop music. It was new and exciting with A-list stars and Timbaland, a famous music producer, in charge of the music.

For “Empire,” we were able to do fun, out-of-the-box stunts with our media vendors. The most exciting stunt I worked on was when we worked with iHeartMedia to light up the Empire State Building to music from “Empire.” Listeners in New York who were listening to the iHeart hip-hop station would hear a song from the upcoming season of “Empire,” and if they were looking at the Empire State Building, they could see lights synced to the song. It was a very cool idea, and we planned to have a helicopter record the synchronization. However, a big snowstorm grounded the helicopter, so we had to record video from a neighboring building.

On Pandora, I negotiated a deal where we made four custom radio stations themed to represent the different characters on “Empire” and branded with show’s creative.

What excites me the most are opportunities that may have never been done before. I negotiated a beta test for the sponsored listening programs on Pandora. If you were listening to your favorite station on Pandora, you had the opportunity to watch a FOX video; in return, we gave you an hour of commercial-free listening. This ensured that our ads broke through the clutter, and the listener had a positive experience with our brand.

What drew you to Brunet-García?

I love the entrepreneurial spirit behind Brunet-Garcia. As I began to meet the different teams, I could see the passion of everyone who worked on the project. It is important for me to love the people I work with, and I immediately experienced the close family feel of Brunet-García when I visited the office in Jacksonville, Florida.

How has the field changed since you first started?

When I started, TV was king. If you bought a spot on “American Idol” or the Super Bowl, that was enough to make your client happy. You got a ton of eyeballs all at once, and people saw your spot on TV, which was enough and the holy grail back then. Today, TV ratings are down; you can’t advertise on popular content like Netflix, and everyone wants something to go viral. Today, it is less about how many eyeballs see your ads. What is more important is if consumers are engaging with your content and brand.

What are the biggest concerns you have as a media buyer?

Big players like Facebook are starting to crack down on advertising on their platforms. The consumer is annoyed when they see too many ads, but clients want their ads on the platforms consumers are engaging with. Short-form five- and ten-second vertical videos are the hottest thing on SnapChat. Shorter content makes it harder to tell your brand’s story.

Also, advertising is becoming more automated with platforms such as Google AdWords. With these systems, everyone thinks they can place media, but they don’t always know what they are placing or where their ads are running. With government clients, it is extremely important to protect the brands. Automated systems allow more room for error as a buyer. They say these systems can take away jobs, but you always need more checks and balances.

What are some trends to watch in the world of media?

I believe that voice recognition systems, such as Amazon Alexa, are going to keep disrupting the consumer’s world. Advertisers are starting to demand ways to integrate ads into these voice recognition systems, but consumers will push back. It will be interesting to see how Amazon and Google work to please both the advertisers that make them money and their consumers.

Additionally, I think we are going to start seeing changes on social platforms. Consumers are sick of seeing so many ads in their news feeds, so shorter content will be pushed.

Lastly, virtual reality (VR) and augmented reality (AR) have been hot topics in the advertising world. I don’t think one brand has figured out how to do this well. Discovery has been a front-runner in this space, but I don’t think consumers have really adopted VR the way everyone thought they would. With products like Oculus and Samsung’s VR phone accessories, this will keep evolving.

What interests me the most is the way Gen Z will disrupt how brands think about advertising. This generation doesn’t like to be told what to do, nor do they like brand names. They are going to guide how advertising and media pivot in the next decade.