Looking for stories in all the right places

Home > Blog > Looking for stories in all the right places

Denise M. Reagan joined Brunet-García as senior public relations manager in December 2016. She has been busy helping this arm of the agency blossom as our client needs expand.

We figured it was time for a proper introduction since we haven’t scared her away quite yet. Denise took some time to answer a few questions about her world, clients, and all things PR. 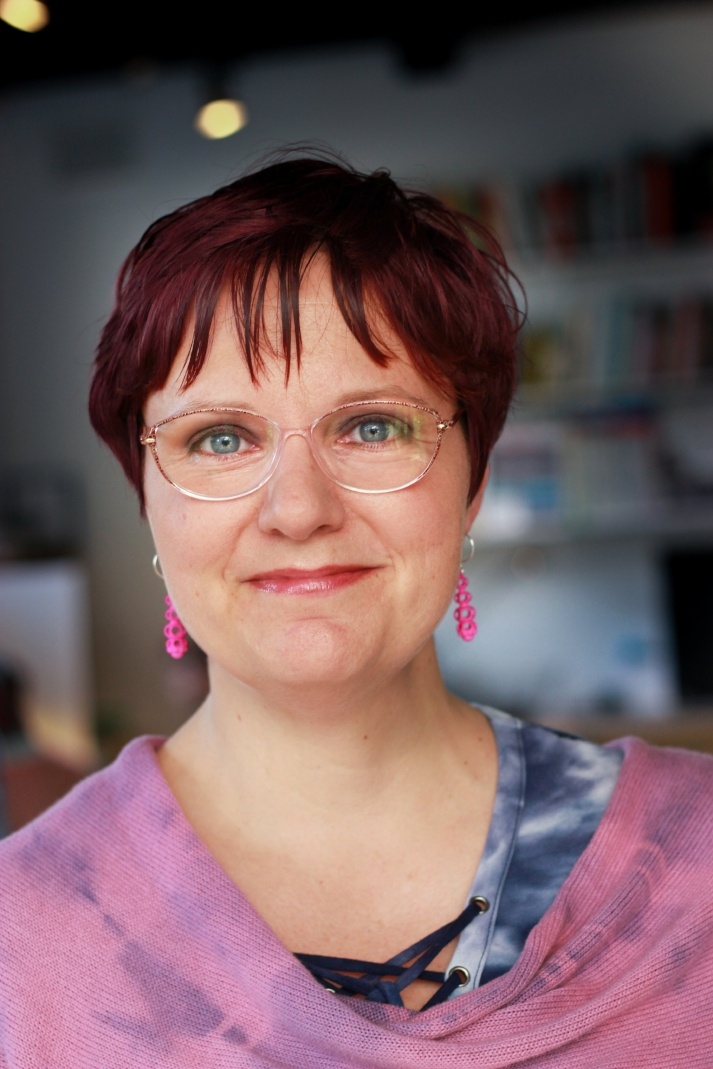 Before landing your dream job at Brunet-García, what was your career like?

I worked for six daily newspapers and websites: The News-Sentinel in Fort Wayne, Indiana, the Detroit Free Press, the Star Tribune in Minneapolis, the Savannah Morning News in Georgia, the Sun-Sentinel in Fort Lauderdale, and The Florida Times-Union in Jacksonville, Florida. I started as a designer, then graduated to art director, design director, and then managed half of Times-Union newsroom, including design, copy editing, graphics, photography, and video. Then I became editor of Folio Weekly, an alternative weekly covering Jacksonville news, arts, and entertainment.

For about five years, I also taught news design at the University of Florida College of Journalism and Communications.

For the last three years, I was director of communications for the Museum of Contemporary Art Jacksonville, where I wrote or edited nearly everything the museum produced. Along with Creative Director Casie Simpson, I worked on the new identity and overhaul of the museum’s website.

What did you find most rewarding as a journalist?

The opportunity to affect how people think about a topic is the best drug there is. Nothing compares to creating something that informs, educates, incenses, or entertains people.

I think that’s why I’m drawn to Brunet-García: I want to make an impact on the way people think—or even better, how people behave—whether it be how science can change our lives, the dangers of opioid use, or the joy that art brings to our lives.

Of all the stories you have written in your career, is there something that stands out even to this day?

I’ve helped cover the events of 9/11, major elections, breaking news, and many special projects. One of my favorite projects marked the first anniversary of 9/11 with a series of photos and videos of the Heroes of Public Safety, featuring firefighters, police officers, and paramedics. But the work that most resonates for me were the editorials I wrote for Folio Weekly about equality, pension reform, and downtown revitalization.

After traveling all over the country for journalism, what brought you to Jacksonville?

As a self-proclaimed “Riverside rat,” what are some of your favorite places to visit in Jacksonville?

I’ve never lived in Riverside, but it is my second home. I spend a lot of time there. As a kid, I visited Edge City almost every week. I couldn’t always afford to buy anything, but it was fun to look. When I saved enough money, I’d buy babydoll shoes, sunglasses, T-shirts, and pajama pants meant to be worn outside. I still shop there at least once a month.

Now, I’m at BREW Five Points at least once a week for the breakfast tacos. My husband and daughter love seeing movies and munching on popcorn and pizza at Sun-Ray Cinema. I could live on the guacamole and grilled asparagus at Corner Taco. The roof at Black Sheep makes you feel like you’re visiting another city. Rain Dogs serves up great karaoke with local beer. Hawkers, Mossfire, Derby on Park, the list goes on and on—and that’s just Five Points. And now Florida Mining has a project space above the new Hoptinger location!

What interested you in coming to work for Brunet-García?

I’m looking forward to the challenge of working on accounts with national appeal. I’ve never worked at that scale before, so it will stretch my skillset!

It’s taken me a while to realize that I have a strong tool in my pocket: design thinking. This way of approaching my work, without even thinking about it, allows me to think holistically about every aspect of a project from the beginning. I can see how the words, design, images, strategy, tactics—everything all comes together. Content and design are not separate entities to me—they are one, and they are received as one by the audience.

You’ve been with us now for a little over four months, what are you enjoying most about your work thus far?

Visiting the Centers for Disease Control and Prevention in Atlanta took on personal meaning for me. The work they do there has such important consequences. I look forward to helping them spread the word about the effects of opioids, preventing elderly falls, violence prevention, traumatic brain injury, and so much more.

Before that, I visited the National Science Foundation in Washington, D.C., to talk with a room full of wicked-smart scientists. These people invest in research and development for entrepreneurs with sustainable business models that positively affect daily life. They invested in many of the parts that built the iPhone! How cool is that?

We’re also working with Native Sun Natural Foods Market. I have to admit that I didn’t realize Native Sun is a Jacksonville store. What a cool success story, and I had no idea! Now it’s my job to let other people know about all the cool work they do.

Brunet-García has now acquired MOCA Jacksonville as a client: feeling some deja-vu?

I feel like I’m in the mafia: I know too much, and they won’t let me leave! Seriously though, it was tough to leave MOCA. I really loved it there. So getting to work for them at my new job has been great!

What has it been like transitioning from an internal communications role to managing PR needs for multiple clients?

Ask me a year from now. Seriously, it’s been a lot to juggle. Luckily, I have people like you, Natalie, and the rest of the team to help me do it.

On a serious note, I realized about a month ago what I can do that perhaps separates me from others. I know how to see stories in what people do. It allows me to look at all the fascinating things people create from the point of view of an outsider and say, “That’s really cool. Tell me more about that.”

What do you look forward to most about continuing the work you started at MOCA?

Describe a typical day at work.

I’m still working on that. I haven’t had a typical day since I started. But to tell you the truth, I spend most of my time sitting at a computer—more than I would prefer—so I try to break it up with walks around San Marco.

Is there anyone who has been particularly influential in your professional life?

Three people have had a lot of influence on my life. My father was a journalist who wrote and delivered the editorials on WJXT-Channel 4 for the first 20 years of my life. Then he served on the City Council for several years before running for mayor. While campaigning, he met Nat Glover, who eventually became sheriff, and joined his team as public information coordinator. Since retirement, he has fought for libraries, against tobacco, and for historic preservation.

My mother was a teacher for more than 30 years who taught English and peer counseling to thousands of students throughout her career. After “retiring,” she has tirelessly advocated for Springfield Preservation and Revitalization, and for Norman Studios, one of the only studios where films starring all African-American casts were made.

Pegie Stark Adam, a giant in visual journalism, started teaching at the University of Florida College of Journalism and Communications around the same time I attended. Her classes convinced me to look for news design positions. I wouldn’t be where I am without her.

For those interested in journalism or public relations, do you have any advice?

I once read that one of the best qualifications for a job as a ghostwriter for a chef is ignorance. You have to anticipate the questions home cooks will ask.

The same goes for journalism or public relations. Don’t be afraid to feel stupid. Ask dumb questions. You can’t take anything for granted, whether it’s the spelling of a name or the specific process for creating an artwork. You have to be able to understand the topic completely before you can write or talk about it coherently.

To quote the story, “It actually helps to be an idiot.”

Previous StoryAlong the border of México, Rey Mysterio helps fight the flu
Next StoryPhase Eight’s plays give me all the feels