Brunet-García is Rooted in the Immigrant Experience

Home > Blog > Brunet-García is Rooted in the Immigrant Experience

Jorge Brunet-García is the Cuban heart of the agency. As the president and CEO of Brunet-García, he sets the tone for the company and provides creative and strategic direction for the staff.

Hispanic Heritage Month pays tribute to the generations of Hispanic-Americans who have positively influenced and enriched our nation and society. We asked him a few questions about how his Cuban roots have influenced his work. 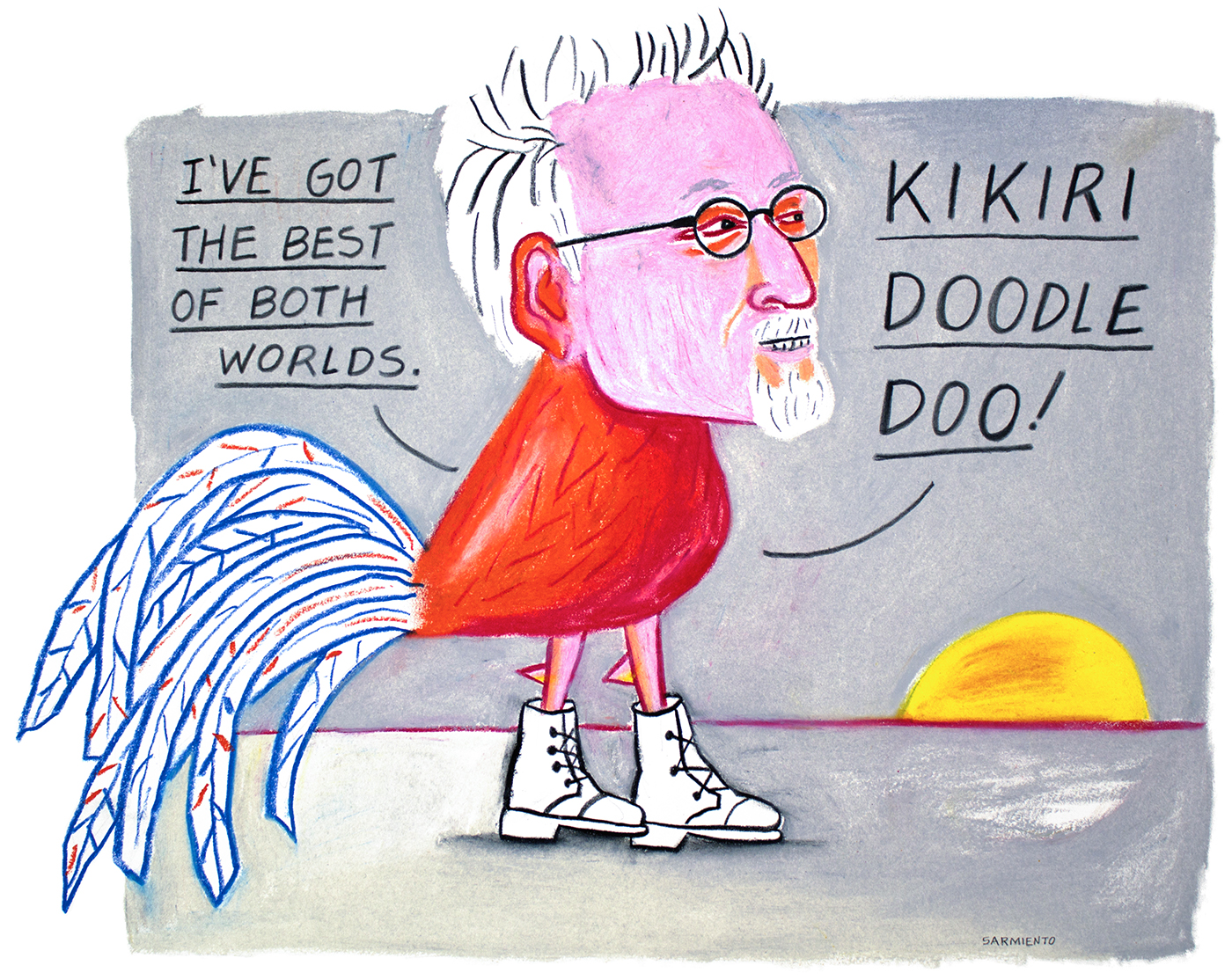 How did your family decide to leave Cuba and come to the United States?

I was 11 at the time—1960—that my family came to the U.S., and I did not have much of a choice. After a while, I started resenting my parents’ choice to leave Cuba. I did not understand American culture and did not like feeling “different.” In order to “fit in” I started to relate to Desi Arnaz, Anthony Quinn, and Cesar Romero. Though they were much older than me, they played parts that reminded me of my feelings of alienation.

In later years, I came to realize that had my parents not made the hard choice to leave their homeland at the time they did, my life would be much different now, and I would not have had the opportunities, life experiences, and choices that I have had.

What does being a Cuban-American mean to you?

I think it’s the best of both worlds! As a Cuban immigrant, I appreciate the opportunities that I have been given in this country. Had I stayed in Cuba, I could not have experienced the cultural richness of this country, the freedom to dissent and express diverse opinions, the ability to travel anywhere at any time, to choose the profession I want to work in, to reap the benefit of hard work, to raise a loving family, and at the same time be able to give back to the country and the people who have sheltered, protected, and shaped me over the years.

How have your Cuban roots contributed to your creative aesthetic?

When I was little, my parents’ friends were very culturally and professionally diverse. Some were bankers, lawyers, and engineers. Others were writers, painters, political caricaturists, ad men, television and radio producers, architects, and union labor leaders. I grew up listening to Édith Piaf, Mario Lanza, and Rolando La Serie; watching Sophia Loren, Brigitte Bardot, and Cantinflas movies; and seeing Hopalong Cassidy, Roy Rogers, and The Cisco Kid on TV. I was immersed in modernism—whether it was art, architecture, music, or film. It was also the heyday of Grand Prix motor racing, and Havana was one of the cities that participated and attracted the biggest names in auto racing (Juan Manuel Fangio, Stirling Moss, and Alfonso de Portago) and the world’s greatest auto marques (Ferrari, Maserati, and Jaguar).

At the same time, I was rooted in the Cuban culture and its history. My family has deep roots in Cuban sugar, politics, and the many revolutions it has seen over the years, and I was always made aware of it and was expected to play a role in it.

How have your insights helped when developing campaigns to appeal to Latino audiences?

Because I am an immigrant, I can and do relate to other immigrants and minorities in this country. I am fortunate that I was young enough when I came to this country to be able to adapt and immerse myself in the American culture. At the same time, I have the vantage point to see things from a very different perspective where a native-born American may not be able to discern certain peculiarities in the culture. These observations and insights have shaped my approach to individual cultural sensitivities—as well as their affinities.

How do you celebrate and honor your Cuban heritage in your personal life? In your work life?

I get up in the morning and drink “café con leche” and never coffee. We eat “Cuban” several times a week. I smoke Cuban cigars when my wife is not looking and sip Cuban rum with my friends. Every year on Christmas Eve, we celebrate “Noche Buena” and eat the traditional Cuban Christmas meal. On New Year’s Eve, we sip Champagne (it used to be cider when I was a kid) and eat 12 grapes at the stroke of midnight. I have listened to Cuban music since I was a baby, read books about Cuba, and I watch Cuban cinema. I follow Cuban art and support Cuban artists. I employ and promote Cuban talent whenever possible.

What are your thoughts on how advertisers approach marketing to Latino audiences?

It used to be that advertisers would adapt a general market campaign and just dub over a Spanish voiceover. Over the years, advertisers have realized that in order to reach diverse audiences, they would have to dig a little deeper. Now, it’s no longer enough to speak Spanish in an ad—as a matter of fact, sometimes it is not the preferred language of the demographic. Instead, we need to look at cultural/generational preferences, customs, current cultural and social events, local and geographic history, etc.

I’ll always remember the story I heard from a friend about Tere Zubizarreta (Zubi Advertising) when she started her agency in Miami with one account (Café Pilón), working out of the trunk of her car, going from bodega to bodega tacking up posters that said “Tome Café Pilón” at a time when no one was talking to Latinos in their language. When general market agencies realized they were losing market share to smaller minority agencies (like Zubi), they jumped on the bandwagon and started creating ads in Spanish, such as the 1977 one for Braniff International Airways which wanted to advertise the leather seats they’d installed in first class, with the slogan, “Fly in leather.” In the translation for Spanish-speaking markets it said, “Vuele en cuero,” which means “Fly naked.”

What is the most memorable multilingual campaign you have worked on?

I’ve worked on a number of them. One was for the Port of Miami—they were trying to draw business to and from South and Central America and needed a tagline. I came up with “El puerto de Miami, su puerta a las Americas” (The Port of Miami, your door to the Americas). It was a fun campaign, and they used the tagline for a long time. I’ve worked on Coke, Jeep/Chrysler, the Florida Lottery, and the Mayo Clinic.

I started working with the government on a series of videos that were produced for USAID and the U.S. State Department to deter Cuban citizens from taking to the sea on rafts or smuggler’s boats to escape Cuba’s tyranny and come to the U.S.

Recently, we worked with wrestler Rey Mysterio on a cross-border campaign to promote getting immunized against the flu, which was very well received.

A DAY IN THE LIFE OF A B|G ART DIRECTOR